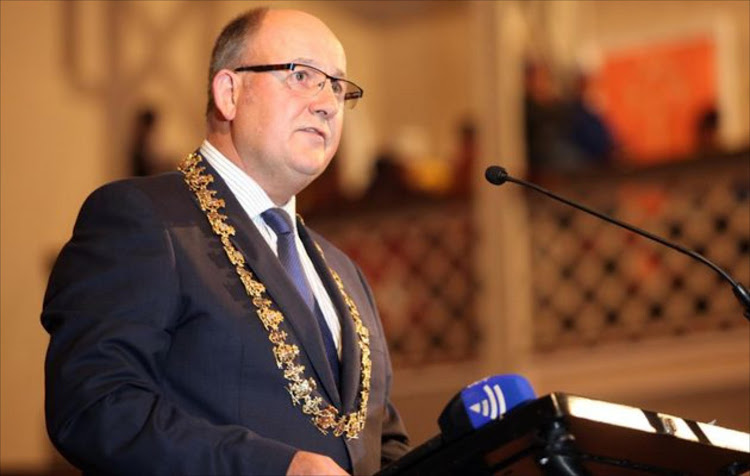 The all-important council meeting in Nelson Mandela Bay, where opposition parties will try to unseat mayor Athol Trollip and the rest of the coalition government, will take place tomorrow.

Leaders of the various opposition parties and the Patriotic Alliance will meet in Port Elizabeth tonight to discuss their final positions and strategy for tomorrow.

PA councillor Marlon Daniels told HeraldLIVE that the meeting with the national leaders was to discuss the "one-sided fight" of the EFF toward the PA. Last week the EFF said it would never support a PA mayoral candidate, saying the party was made up of a bunch of "thugs"

"The leaders are getting together tonight to sort out that impasse. That's the only thing that stands between what's going to happen in council tomorrow," Daniels said.

The meeting tonight will have a direct bearing on the outcome of the motions tomorrow".

Earlier this month, leaders from the ANC, EFF, UDM, AIC, PA and United Front took a decision to remove Trollip through yet another no-confidence motion. This will be the third attempt to unseat Trollip after two prior votes of no confidence did not pass.

Some of the opposition parties who want Nelson Mandela Bay mayor Athol Trollip removed have threatened to hold their own council meeting if speaker ...
News
3 years ago

Nelson Mandela Bay could have a new coalition government in place before the end of next week.
News
3 years ago

On Friday, opposition councillors took the first step in efforts to form a new metro government.
Your Weekend
3 years ago