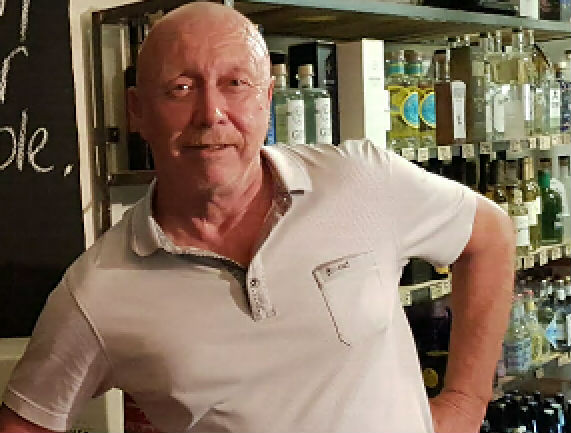 The apparent suicide of former Port Elizabeth policeman Mark Minnie, author of an explosive new book exposing an alleged paedophile ring involving topranking apartheid-era cabinet members, has rattled his friends and associates, who refuse to believe he would take his own life and say he feared for his safety.

The body of Mark Minnie, 58, was found on Monday night at a friend’s farm on the outskirts of the city with a gunshot wound to his head just weeks after the book, The Lost

Boys of Bird Island – which he co-authored with investigative journalist Chris Steyn, was published.

The gun found lying next to Minnie’s body on the Theescombe smallholding owned by his friend and former colleague, Brent Barnes, is believed to belong to Barnes.

A suicide note was also discovered at the scene.

The news of Minnie’s death spread like wildfire, with close acquaintances expressing incredulity. 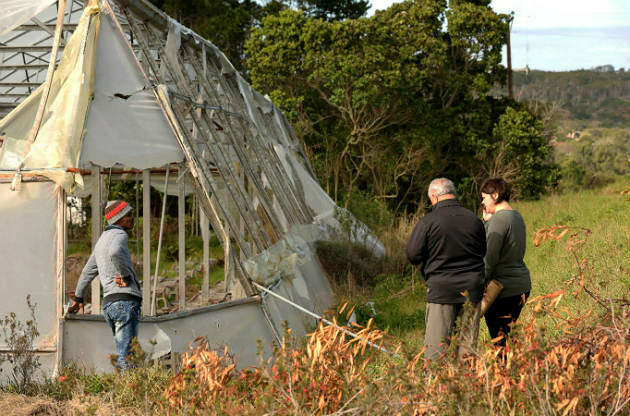 A farmworker speaks to detectives from the Kabega Park police station near where the body of Mark Minnie was found on the Theescombe smallholding
Image: Fredlin Adriaan

Another friend and former colleague, who did not believe it was suicide, said on Tuesday that Minnie had further information regarding the revelations in his book which would “shock everyone”.

And journalist Marianne Thamm – who wrote the foreword of the book – said that a “state-sanctioned” unit that might have been used to stage suicides during the apartheid era was under fresh investigation.

Minnie’s body was found by Barnes shortly before 9pm near a bush at the back of the smallholding, Theescombe Roses in Venter Avenue, where there are a number of dilapidated greenhouses.

“He went there on Monday asking to stay for a few days, stating that he wanted to get out of the city for a short while to relax,” Rheeder said. 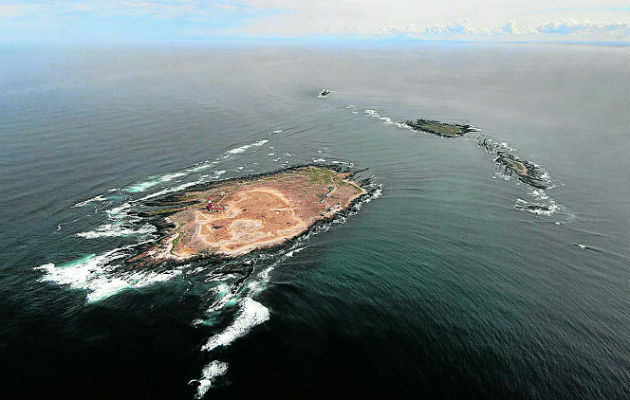 “During the course of the day, the owner of the farm went out. Later in the day, a farmworker heard a gunshot and reported it to [Barnes] – however, he did not think anything of it.”

On Monday night, a woman friend contacted Barnes asking if he had seen Minnie as she was struggling to get hold of him.

“[Barnes] then went to go look for him. They searched the house and could not find him, and then went outside to search the surrounding area.”

He said Minnie’s body was found at about 8.50pm near a tree, with a pistol nearby.

“At this stage, it appears there is no foul play and it remains an inquest case.

“However, investigations are ongoing.”

Rheeder said the firearm did not belong to Minnie.

“We are investigating how he [Minnie] came into possession of a firearm,” he said.

Police officials with inside knowledge of the case said the firearm was believed to be registered to Barnes.

Gunshot residue samples were taken from Minnie’s hands to determine whether it was suicide.

Asked about a suicide note, Rheeder said a note had been found at the scene but declined to elaborate. He said a docket of failing to safeguard the firearm would be opened.

Magnus Malan, former minister of defence in the National Party’s apartheid government, has been accused of operating a paedophile ring on an island near Port Elizabeth called Bird Island.

Barnes declined to comment and asked that he not be contacted again.

Minnie worked for the police’s narcotics bureau in Port Elizabeth in the 1980s.

A friend and former police colleague, who declined to be named, said they had planned to meet at the weekend.

“He was a hard worker, but also played hard.

“He believed in this case and said that he had more info that would shock everyone.

“I do not believe he would have taken his own life.

“I am aware that he had photographic evidence he kept with him and did not want to publish it.”

"He believed in this case and said that he had more info that would shock everyone.
I do not believe he would have taken his own life."

Mark Kahn, a former policeman turned businessman, said: “We were good friends back in the day but then we all went our separate ways. “I was shocked when I heard this morning that he was dead.”

Kahn said he had spoken to Minnie on the phone about two months ago and he had mentioned that he would be coming to Port Elizabeth.

Kahn said when Minnie was in the police, he had been an urban legend.

Thamm posted a message on Facebook shortly after the news of Minnie’s death broke.

“Just heard the devastating news that Mark Minnie, one of the authors of the Lost Boys, has died of an apparent suicide.

“I worked with both Mark and Chris on the book and I am devastated by this.

“I know he was terrified for his life and that there are many who lurk in the shadows who would benefit from his death.”

In Thamm’s disclosure about a fresh probe into an apartheid “suicide unit”‚ in an article for the Daily Maverick‚ she said Minnie had feared for his life.

“During my meeting with him in Cape Town last year, he informed me he feared for his life and that the book would stir [up] a hornet’s nest.

“He also said that those who had done the bidding of the former government were still around and had never been called to account.”

“When dad finished this book he sent me a copy.

“I got through the first 2 chapters and then stopped‚ tears and a heavy heart‚ knowing my father was about to dive into something that could kill him‚” he said.

Mordiac also noted: “I never understood why he was so angry yet so protective of me while growing up.

“This story really changed my perspective. I’m glad you had the courage to finally bring this out of the dark.” 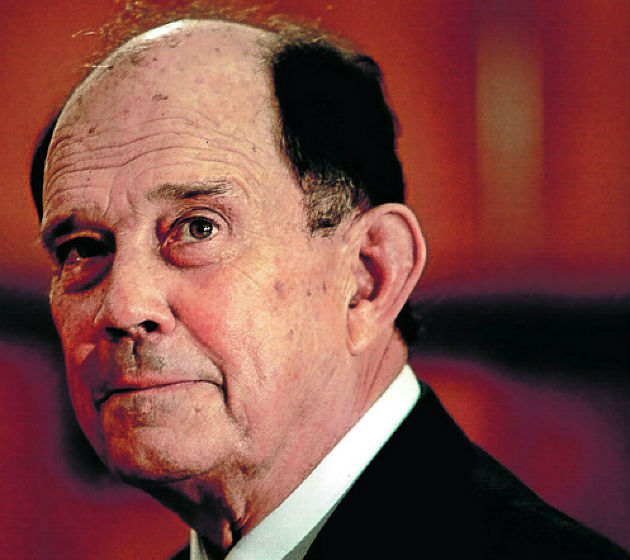 Thamm also reported that several more victims of the alleged paedophile ring‚ which is said to have involved apartheid defence minister Magnus Malan – who died in 2011, environment minister John Wiley and Port Elizabeth businessman and diver Dave Allen‚ had come forward since the book was published.

The book claims members of the ring would abduct or pay street children and fly them to Bird Island where they were allegedly abused.

“Mark Minnie‚ who lived in China where he was a teacher‚ was in South Africa conducting further investigations in Port Elizabeth‚” Thamm wrote. – Additional reporting by Dave Chambers and AFP

Their violence caused such silence, it banged on my eardrums over the weekend.
Opinion
2 years ago

Former policeman and co-author of the book The Lost Boys of Bird Island, Mark Minnie, found dead in Port Elizabeth.
News
2 years ago

A suicide note was found on the scene where the body of Mark Minnie, a former Port Elizabeth policeman and co-author of the recently released book, ...
News
2 years ago

An explosive new book places Port Elizabeth at the centre of what could turn out to be one of SA’s most depraved and disturbing instances of ...
Opinion
2 years ago