Drinking and smoking during pregnancy more deadly than we knew - study 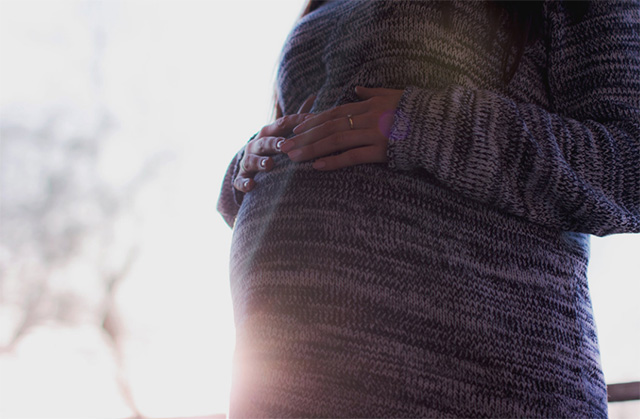 Researchers found that women who both drank alcohol and smoked during pregnancy had an almost three times higher risk (2.83 relative risk) of stillbirth compared to women who completely abstained from these behaviours. File picture
Image: Pixabay.com

The danger of even low levels of drinking and smoking by a pregnant woman have been researched in an extensive new study conducted in South Africa and America.

Alarmingly‚ the researchers said‚ many mothers-to-be are smoking and boozing.

Between 2007 and 2015‚ the international study followed the drinking and smoking behaviour of nearly 12‚000 South African and American women during pregnancy.

Researchers at Stellenbosch University were involved in the study‚ which showed that the combined effect of drinking and smoking in pregnancy compounds the risk for stillbirth and Sudden Infant Death Syndrome (SIDS).

“This is the first study to show that combining these risk factors strengthens the negative effects on stillbirths and SIDS‚” said Professor Hein Odendaal of the Department of Obstetrics and Gynaecology at SU’s Faculty of Medicine and Health Sciences‚ who led the South African chapter of the Safe Passage Study.

The researchers found that women who both drank alcohol and smoked during pregnancy had an almost three times higher risk (2.83 relative risk) of stillbirth compared to women who completely abstained from these behaviours.

The study also found a 12 times higher risk for SIDS in cases where women drank and smoked during pregnancy.

In cases where the women drank but did not smoke‚ the risk for SIDS increased by four‚ and when they smoked but did not drink‚ there was a five times higher chance for SIDS.

Hark back to the 1920s US hot jazz, speakeasies, flappers dancing the Charleston, and gin made in bathtubs to dodge the Prohibition police – with two ...
Lifestyle
3 years ago

The Eastern Cape’s only state-owned drug rehabilitation centre for children – a R67-million facility opened with much fanfare in Port Elizabeth just ...
News
4 years ago

The researchers found that drinking and smoking reduced blood flow in the uterine and umbilical arteries (two of the main vessels involved in foetal nutrition and growth) as early as 20-24 weeks of gestation.

“Even low levels of drinking and smoking affected blood flow in the umbilical artery. Higher levels of smoking and drinking aggravated these effects on blood flow.”

The study also found an association between smoking and placental insufficiency – a complication of pregnancy where the placenta is unable to deliver an adequate supply of nutrients and oxygen to the foetus and can’t fully support the developing baby.

According to him‚ preterm birth and placental abruption (the separation of the placenta from the uterine lining) are two of the main causes of stillbirth in South Africa. Smoking and now also the combination of smoking and drinking are known risk factors for both these conditions.

“By decreasing their exposure to alcohol and smoking‚ pregnant women can lower the risk for preterm birth and placental abruption – two conditions responsible for many infant deaths in South Africa‚” Odendaal said.

During the study‚ researchers also noted other factors that contributed to an increased risk for stillbirths:

- Location – stillbirths were more common in the South African cohort than in study participants in the US.

- Level of education – fewer years of schooling were associated with a higher risk of stillbirths.

- Length of pregnancy – the earlier the delivery‚ the higher the chance of stillbirth.

- Restricted growth – there was a higher chance of stillbirth in cases where the foetus displayed poor growth.

“It is essential that the adverse effects of smoking and drinking‚ and in particular their combined effect‚ is continuously brought to the attention of the public and healthcare workers. Preterm delivery places a heavy burden on early and later life‚" said Odendaal.

"A reduction in the number of preterm deliveries‚ in a community where the rate is very high (13.8% in the study)‚ will bring about substantial cost savings‚ such as a reduction in neonatal intensive care and later developmental problems associated with preterm delivery.”