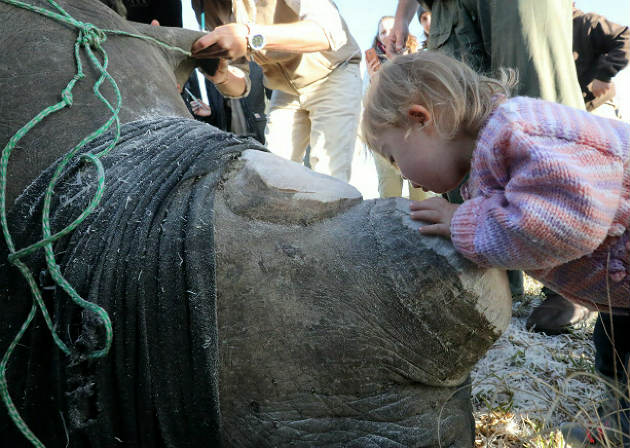 Little Ava Lester and her father, Chris Lester, at the dehorning of one of the rhino which was performed at Kragga Kamma Game Park on 22 June
Image: Fredlin Adriaan

A rhino has been poached at the Kragga Kamma Game Park just days after officials dehorned three white rhinos at the Port Elizabeth facility.

According to police, poachers shot a 20-year-old white rhino and removed both horns.

She said it was suspected that the poaching took place on Wednesday or Thursday night.

Three white rhinos were dehorned at the park on June 22 as part of the ongoing battle against poaching.

The poaching also comes after a poached rhino was discovered on a Kirkwood game farm, on the day of the dehorning last week.

Nine rhino have now been killed by poachers in the Eastern Cape this year.