8 rhino's have been poached in the Eastern Cape this year 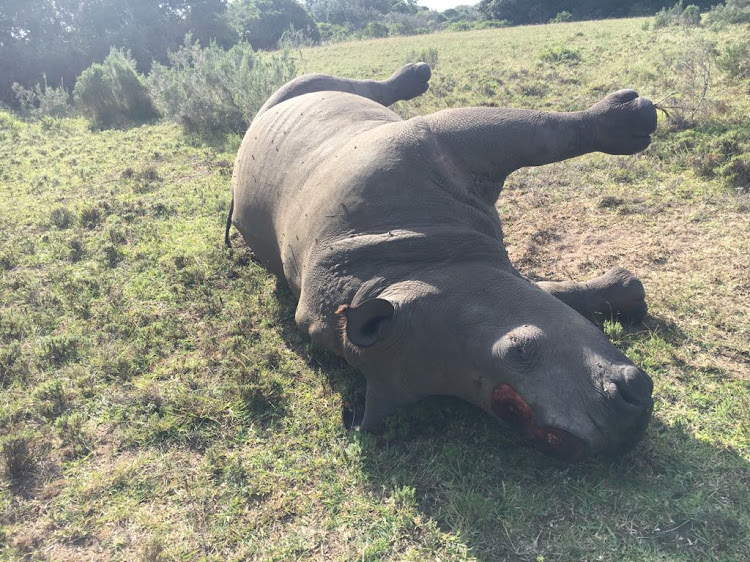 The carcass of a rhino lies on an Eastern Cape reserve after being shot and killed in May 2018.
Image: supplied

The carcass of a rhino has been found on a game reserve on the outskirts of Kirkwood.

Officials suspect that the rhino was killed last week, but the carcass was only discovered yesterday.

The carcass was found on the Thorndale Safari Farm in Kirkwood on Thursday afternoon.

The rhino – which had its horns removed - was dehorned less than six months ago.

Provincial police spokeswoman Colonel Sibongile Soci confirmed the poaching and said that investigators were still on the scene.

The latest poaching brings the rhino death tally in the Eastern Cape to eight this year.

Last month, a total of three rhinos were poached on two luxury private reserve on the outskirts of Port Alfred. The poachings happened less than two weeks apart.

Two rhinos have been poached at a luxury game farm just outside Port Alfred in the Eastern Cape.