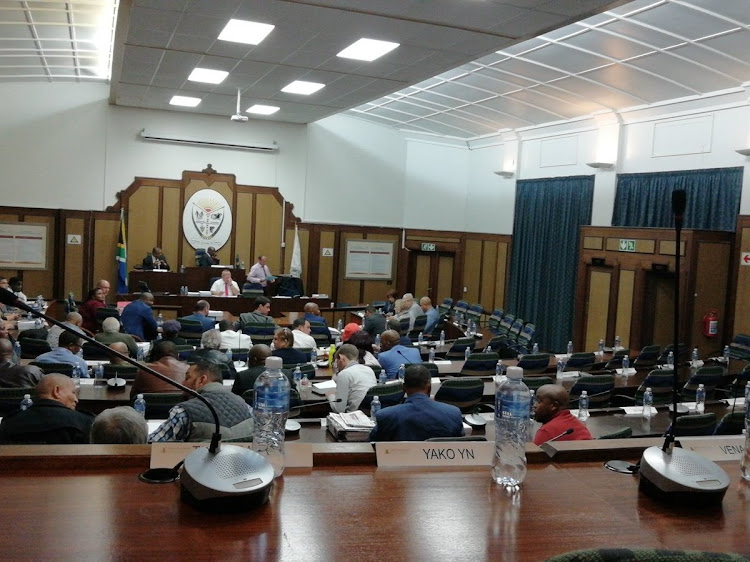 The Nelson Mandela Bay Municipality, with the help of the African Independent Congress (AIC), finally passed the 2018/19 budget on Wednesday morning.

This was the council’s fourth attempt to pass the budget.

Earlier, the action was clouded by uncertainty when AIC councillor Thsonono Buyeye arrived more than an hour late for the meeting which was scheduled for 9am.

On Tuesday the meeting was adjourned after Buyeye, who initially indicated he would support the budget, made an about-turn based on discussions with the ANC around the decision to incorporate Matatiele in the KwaZulu-Natal administration.

With the help of Buyeye council has passed several items in the agenda including the 2018/19 draft budget. pic.twitter.com/NEV1SyWA65

Meanwhile ANC councillors arrived at the venue on Military Road but left without attending the meeting.

The EFF was also in the building but did not attend.

UF councillor Mkuseli Mtsila however attended the meeting even though he did not support the budget.

“We have put the people of the city first and without cooperation of Buyeye and Mtsila, who was at his post on time to make the meeting quorate, even though he opposed the budget for his reasons given.

“That is fine we don’t always have to agree with each other in politics, but you need to be at work, if you are serious about service delivery,” Trollip said.

“We are elated that we can get on with the business of putting the people first.”

Council will reconvene next Wednesday to discuss other critical items on the agenda.

If the budget is not passed by June 30, the provincial administration would need to step in.
News
3 years ago