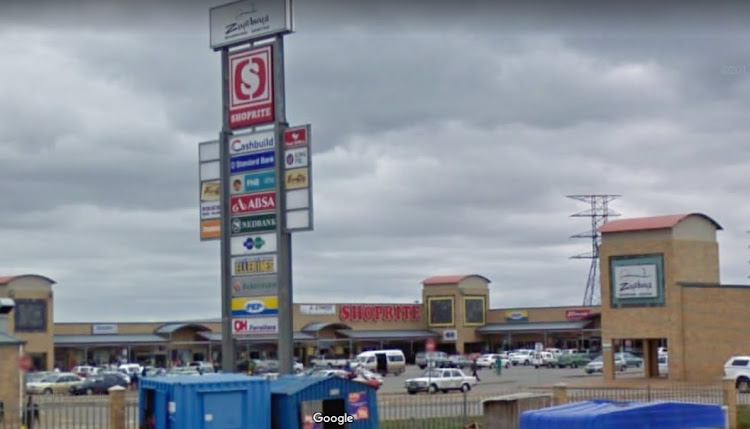 A gang of armed men robbed a Shoprite store in the Ziyabuya  Shopping Centre in KwaDwesi on Tuesday evening before hijacking a vehicle in the car park to make a hasty escape.

According to police, five robbers – three armed with handguns - ran into the Shoprite store at about 6.30pm and took the on-site security guard hostage.

The shopping centre is situated on the corner of Uitenhage Road and Makwenkwe Street, across the road from the KwaDwesi police station.

Police spokesman Captain Andre Beetge said the robbers forced the security guard, along with the Shoprite store supervisor,  into the cash office after entering the store.

“The gang of robbers forced the supervisor to open the office and hand over a bag of money,” he said.

“After taking the money, they ran out of the shopping centre and hijacked a white VW Polo in the car park to use as a getaway vehicle.

The exact amount of money stolen is still being determined by the store.

No one was injured during the robbery and hijacking

A case of armed robbery and hijacking is under investigation.