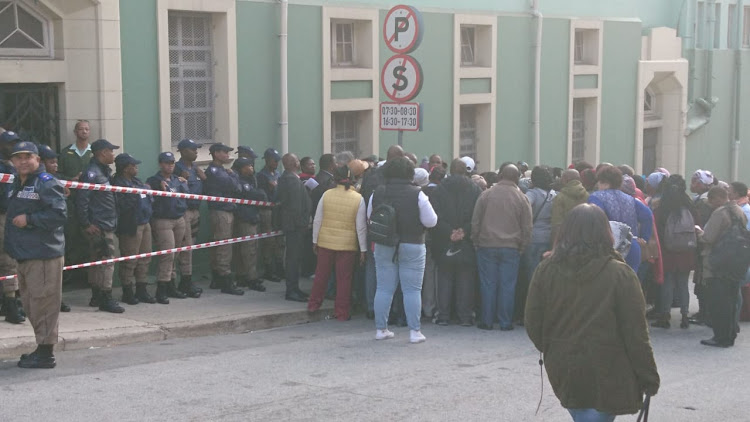 Ward committee members from around Nelson Mandela Bay gathered in front of the council chambers, in Military Road on Wednesday morning demanding back pay from August 2016 to July 2017.

Mandlakazi Bandlela from Ward 22 complained about not being given the tools of the trade and doing the work of councillors when they are not in their offices yet, he said, they did not even received their stipends on the same date every month.

"Constituency director Dumisani Mbebe said the reason we're given only R10 000 is because we only work 30 minutes  a day ... yet when councillors are at council meetings ,we fill those shoes," Bandlela said.

Ward 38 committee member Lungile Sokani said they were meant to have been paid following the August 3 2016 municipal elections, but payment only started the following August.

"We want the municipality to pay us from August 2016 as we only started getting our salaries in 2017. We have our five-year contracts, so we want what is owed to us," Sokani said.

The crowd was addressed by ANC councillor Andile Lungisa who assured them their grievances would be addressed.

The National Assembly on Tuesday passed the National Minimum Wage Bill‚ leaving just one more step before President Cyril Ramaphosa can sign it into ...
News
3 years ago

Twenty-six payments over 16 months, totalling R18.499-million, were channelled from the Nelson Mandela Bay municipality’s coffers into the account of ...
News
3 years ago

Despite their attempts to secure a R1.9-million payment to Milongani Eco-Consulting being squashed by a city finance boss, senior Nelson Mandela Bay ...
News
3 years ago