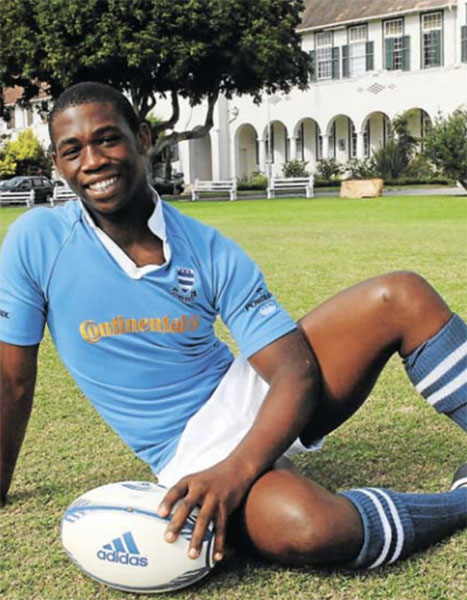 Siya Kolisi back when he was at Grey High
Image: Judy de Vega

Zwide's Siya Kolisi added another impressive chapter to his fairytale rise up the rugby ranks when he was named Springbok captain for the test series against England next month.

The former Emsengeni Primary and Grey High pupil has made massive strides since he was plucked out of obscurity, when he was spotted playing at a schoolboy tournament in Mossel Bay.

While Kolisi will lead the Boks against England, Pieter Steph-du Toit has been entrusted with the captaincy for Saturday’s historic test in Washington against Wales.

ANC chairman Gwede Mantashe, a keen rugby supporter who played rugby as a young man in the Eastern Cape, called Kolisi’s appointment a historic moment but said more had to be done to increase the numbers of top-level black players.

“It is with great pleasure that the Grey family congratulates Siya Kolisi on his appointment as the 61st Springbok captain, a well-deserved accolade for a fine ambassador of rugby and Grey High School,” the rector said.

“This modest, humble and popular gentleman maintains his ties with us and regularly visits his alma mater.

“All Grey men, both new and old, are very proud of Siya.

“He is the second past scholar from Grey High to captain the Springbok team, after Roy Dryburgh skippered for two tests in 1960.”

More black players are now commonplace in top-level teams and while Kolisi’s selection is a landmark, it is also a natural progression of transformation efforts in the sport, where up until 1981 black players were barred from representing the Boks. 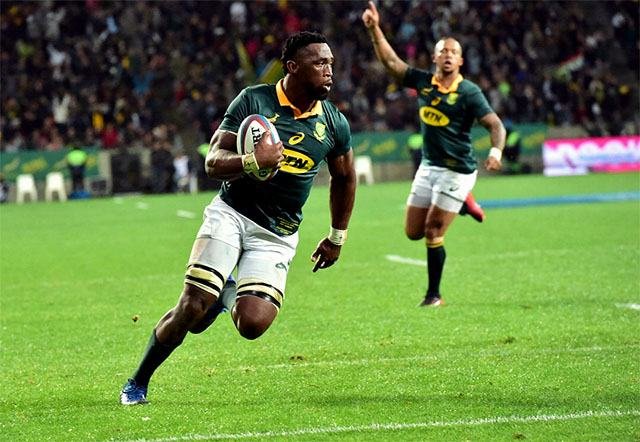 “It all started out for me at Emsengeni Primary School in Zwide where I got my love for rugby from my father Fezakele, who was a good player,” Kolisi said when he was first picked to play for the Springboks. “I started playing at the age of about eight.”

The only other black player to lead South Africa was hooker Chiliboy Ralepelle, who was just 20 at the time, in a Springbok XV against a World XV in 2006.

Overlooked last year when then coach Allister Coetzee preferred Eben Etzebeth, despite Kolisi being the lock’s captain at the Stormers, the move has significance beyond the field as South African rugby seeks to attract more black players.

After making his debut against Scotland in 2013, Kolisi has played 28 tests for his country.

“I finished my primary schooling at Grey Junior,” Kolisi said.

“My big break came when I was seen playing at a rugby tournament in Mossel Bay by coach Andrew Hayidakis, who offered me a bursary to go to Grey.

“I have a lot to thank Eric Songwiqi for. He coached me early on in my career.

“When I got to Grey High School, Dean Carelse helped me a lot and taught me the basics of rugby.

“My dad also had a big influence on my rugby career.”

New Bok coach Rassie Erasmus and Kolisi have a relationship that goes back a long way.

“I got Siya from the Eastern Cape to come play in the Western Cape. I’ve known him for a long time,” Erasmus said yesterday.

“I don’t want to look at this from a political or historical perspective.

“I coached Siya in his first training session at Western Province. “I know him as a great rugby player. “I’ve seen him go through good times and tough times as captain and a player.

“He’s a reliable player who always gives his best.

“It’s only for the June tests for now as guys like Warren Whiteley and Eben Etzebeth still have to return.

“It was just common sense that he’d make a good option.

“In terms of what he does for our country it is really just a bonus. I like him. He’s humble, quiet and gets the job done.” – Additional reporting Reuters