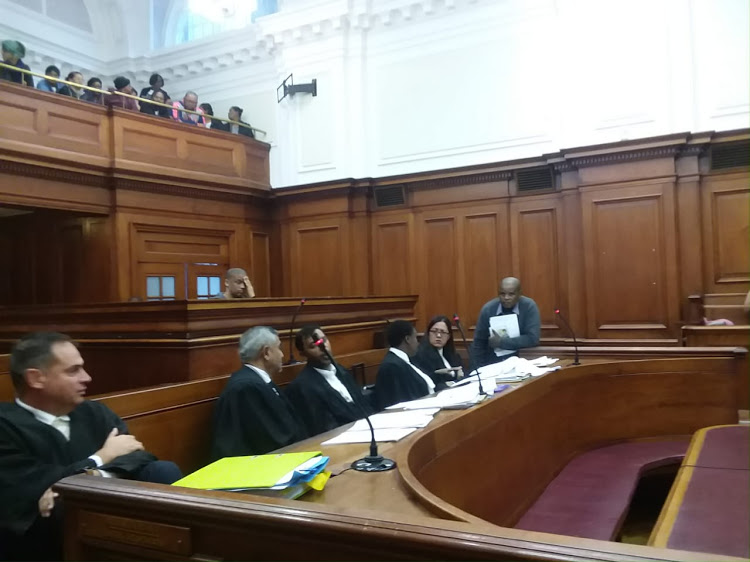 The self-confessed murderer of three-year-old Courtney Pieters admitted on Monday that he killed her with ant poison and committed necrophilia.

“I unlawfully and intentionally committed a sexual act with a corpse‚” Mortimer Saunders said in his plea explanation.

Pieters was murdered in Elsiesrivier on May 4 last year.

Saunders and Pieters’ father‚ Aaron Fourie‚ were friends at the time of her murder and Saunders was a tenant living in the same house where the murder and rape allegedly took place.

Fourie and Pieters’ mother‚ Juanita‚ left her in the care of her six-year-old brother.

Saunders was on leave and at home when he woke up and used the bathroom before returning to his bedroom.

He said Courtney entered his room “10-15 minutes” later to watch television before Saunders asked her to leave‚ because he wanted to go back to sleep. Courtney returned 30 minutes later.

“Irritated for having been woken a second time‚ and compounded by ill feelings between myself and her mother‚ I decided to give her ant poison‚” Saunders said.

“My intention was to make her sick and in doing so to get back at her mother.”

Saunders bought the ant poison eight months before to repel the ants in his room. He mixed the poison in powder form with water.

“Initially she did not want to drink it‚ but on telling her to do so she did.”

Former president Jacob Zuma visited the family home last year at the height of gang violence in the area which saw 14 people shot in a single gang-related incident close to where Pieters lived.

Zuma said: “That a man who stays here can rape the child‚ kill the child in the bedroom … and break every bone to make the child fit in a plastic bag … It shows something has gone wrong with society.”

Zuma addressed the rate of violence against children which saw nearly 70 children being murdered in the Western Cape in 2017.

“But police must double their efforts to help society. This is one of the saddest incidents I have come across. For a man who stays in the same house to commit a murder‚ stay awake and face the family [and] pretend he knows nothing…”

Judge Pearl Mantame is hearing the matter and the case continues on Tuesday.