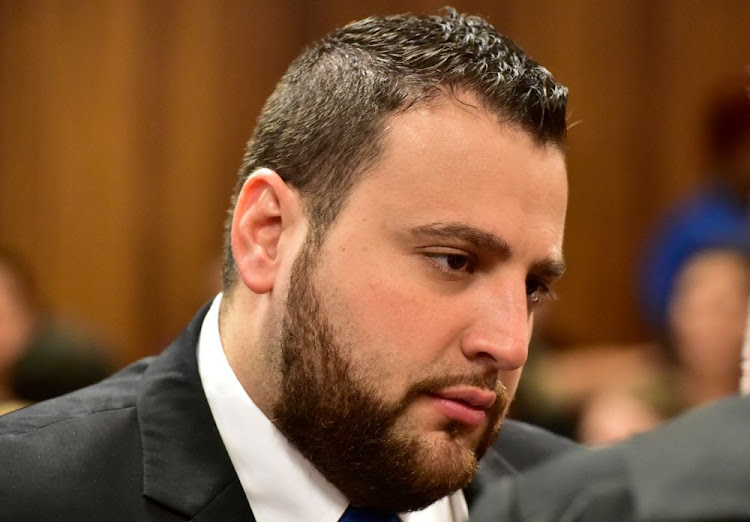 Taking another stab at freedom yesterday, and in the first step in his bid to have his conviction set aside, Christopher Panayiotou’s lawyers criticised the marathon judgment in which the Port Elizabeth businessman was found guilty of murdering his wife, Jayde.

With bold claims from defence Advocate Terry Price SC that Judge Dayalin Chetty had overlooked vital evidence, “got things horribly wrong”, and even defamed the defence, the ball was set in motion for what could be a lengthy appeal process should Panayiotou, 31, be given the nod.

Panayiotou was found guilty in November of ordering a hit on Uitenhage schoolteacher Jayde, 29, and sentenced later to life in prison.

His lawyers now want to go straight to the Supreme Court of Appeal in Bloemfontein.

Chetty will deliver his ruling in the Port Elizabeth High Court today, after giving counsel just half an hour yesterday to argue for or against the appeal.

While state advocate Marius Stander kept his address short, saying that he was in agreement with Chetty’s findings, Price said he believed Chetty had erred when he preferred the state’s version over that of the defence witnesses.

“In particular, your Lordship erred in preferring the evidence of [Captain Willie] Mayi to that of [alleged middleman Luthando] Siyoni and [his girlfriend Babalwa] Breakfast.”

It was repeatedly alleged during the trial that Mayi had assaulted Siyoni and forced him into giving a confession.

The dock was glaringly empty yesterday as Panayiotou, who has already started serving his life sentence, as well as Sinethemba Nemembe, 28, and Zolani Sibeko, 35, were not permitted to be in court.

However, some members of the Panayiotou and Inggs families, including Jayde’s mother, were seated in the gallery.
Nemembe helped carry out the kidnapping and murder of Jayde in April 2015, and Sibeko was found guilty of being a co-conspirator.

Jayde went missing from outside her home in Kabega Park, Port Elizabeth, on April 21 2015. Her body was found in KwaNobuhle the next day.

Price said he was “hurt” by inferences from Chetty that he and attorney Alwyn Griebenow had suborned – or bribed – state witnesses to change their testimony in court.

Turning to the evidence regarding search warrants, Price said: “We addressed you over and over with regard to search warrants and you didn’t even touch on it in your judgment.”

Price said another court might just find that Siyoni had, in fact, been assaulted.

“You got it entirely wrong saying Siyoni was interrogated and not assaulted,” he said.

Price said further that while Chetty had rejected the evidence of certain state witnesses, he had not given reasons for doing so, despite a judgment exceeding 100 pages.

Siyoni, 37, was arrested on Monday last week by the Hawks at his home in Kutali Street, Kwazakhele, nearly six months after his immunity from prosecution was revoked.

He is due to appear in the Port Elizabeth Magistrate’s Court again tomorrow for a formal bail application.

Attorney Peter Daubermann, representing Nemembe and Sibeko, asked for leave to appeal against their convictions, as well as the sentence in respect of Sibeko.