‘Missing’ student was in custody 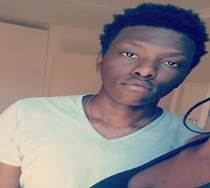 A Nelson Mandela University student from Uganda who went missing for a week was, in fact, locked up in the North End Prison after being arrested for allegedly shoplifting an R18 chocolate.

Timothy Calvin Mikka, 19, had last been seen on May 1 leaving the Annie’s Cove residence in Summerstrand by his roommate, who thought he was going off to study.

When Mikka failed to return, there were concerns for his safety.

He resurfaced on Friday, but the details of where he had been only emerged yesterday.

Police spokeswoman Colonel Priscilla Naidu confirmed yesterday that Mikka had been in custody after being arrested for shoplifting.

“He was arrested at 4.30pm on May 1 for allegedly stealing a chocolate valued at about R18 from Shoprite in Greenacres,” she said.

“He then appeared in the Port Elizabeth Magistrate’s Court on May 2 for shoplifting.

“He was granted R100 bail by the court but failed to pay the bail amount and remained in custody at the North End Prison.

“Last week, a prison warder contacted detectives after establishing that the missing man was in their cells.”

At the time, Tenda said it was out of character for her brother to simply disappear without telling anyone.

Last week, she said her parents would arrive in Port Elizabeth, from Uganda, at the weekend.

Tenda said yesterday that a friend had paid the bail money on Friday after police told them that Mikka was in prison. “It was an accident,” she said.

“He paid for several items and had put a chocolate in his bag.

“He then paid for the other items and forgot to pay for the chocolate.”

Tenda said Mikka had the money on him and could have paid for the chocolate.

“He had the money. I do not know why they arrested him.

“It was totally uncalled for,” she said.

Asked for comment from Mikka, Tenda said he was not nearby and did not have a cellphone at that time.

She said Mikka appeared in court again yesterday and was ordered to do community service.

NMU spokeswoman Zandile Mbabela said the incident happened off campus and was thus out of the university’s jurisdiction.