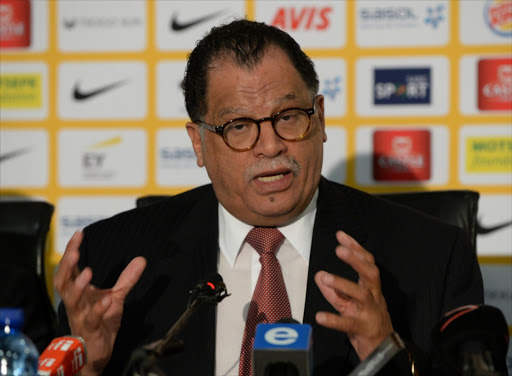 The power struggle for South African soccer took a new twist this week when Danny Jordaan, president of the South African Football Association, opened a case of defamation against Orlando Pirates boss Irvin Khoza, who is also chairman of the Premier Soccer League.

Jordaan claims  Khoza was the catalyst in the rape case opened against him last month by singer and former ANC MP Jennifer Ferguson, who has accused Jordaan of raping her in a Port Elizabeth hotel 25 years ago.

Ferguson, who lives in Sweden, filed the rape complaint with police in Parkview, Johannesburg, last month. The case was transferred to Port Elizabeth.

Jordaan said Khoza had paid for Ferguson’s flights and accommodation through a third party.

Yesterday Jordaan confirmed he had opened a case of defamation, criminal collusion and conspiracy but refused to give details.

The Sunday Times has it on good authority that Jordaan named Khoza and former PSL general manager Ace Ncobo as among those who allegedly conspired to defame him.

Ferguson has said her flights were paid by an anonymous donor.

She made her rape allegation public in October at the time of the international #MeToo campaign, when women began to share their sexual assault stories on social media amid the Harvey Weinstein scandal.