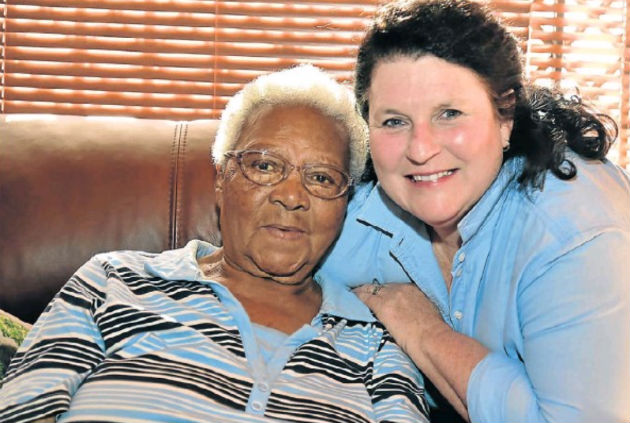 Struggle hero Lillian Diedricks and journalist Traci Mackie are among those named yesterday by Chancellor of the National Orders Dr Cassius Lubisi to be awarded National Orders
Image: Eugene Coetzee

In a presidential nod to the role Eastern Cape women played in the fight for democracy, a struggle stalwart and a journalist from Nelson Mandela Bay will be honoured with National Orders in Pretoria at the end of the month.

This is the 24th ceremony since the inception of the National Orders system, the highest awards the country bestows on citizens and foreigners who have contributed to the advancement of democracy and made a significant impact on improving the lives of South Africans.

To be bestowed in silver, Diedricks will be awarded the Order of Luthuli for her “contribution to the fight for the liberation of all South Africans and women in particular”.

She is one of the women who led the 1956 march to the Union Buildings to protest against the pass laws.

To be bestowed in bronze, Mackie will receive the Order of Ikhamanga, which recognises citizens who have excelled in arts, culture, literature, music, journalism and sport.

Mackie, who has long held strong ties to a number of struggle icons, including the Mhlaba family, will be recognised for her contribution “to the field of journalism and exposing the evils of apartheid”.

Mackie was involved in exposing Steve Biko’s killer in the media.

Often described as feisty, a jovial Diedricks was nonchalant yesterday about her latest recognition, preferring instead to question whether the government would still honour Zuma’s commitment on the statue.
“It is nice, but I am not too fussed about [the award].

“I would like to find out what happened about the statue, although I can’t understand why he [Zuma] wanted to put it up in Pretoria.

“If they do make it, it should be [here] where people know me.

“They should put it up there next to Queen Victoria outside the library,” she said, chuckling.

She acknowledged, however, that the order certainly recognised the role of Eastern Cape women.

Diedricks, who is in poor health, said she would be represented at the ceremony by her daughter, Eugene Plaatjies, and great-granddaughter Reneé Botha.

Mackie said she had been surprised and thrilled by the acknowledgement.

“But this also speaks to and reflects the work the publications were doing in those days,” she said.

“It is also a collective recognition, because it does not just take one person to get a good article published. It is a team effort.

“It is an honour for me as a person who started in journalism at the age of 18 and I am certainly pleased to be acknowledged in this way.”

She related how her “harassment” of apartheid security policeman Gideon Nieuwoudt had resulted in an admission of his involvement in the death of Biko in the mid-90s.

This led to a media report exposing his involvement in the notorious apartheid-era murder.