Notorious hostel claims yet another life 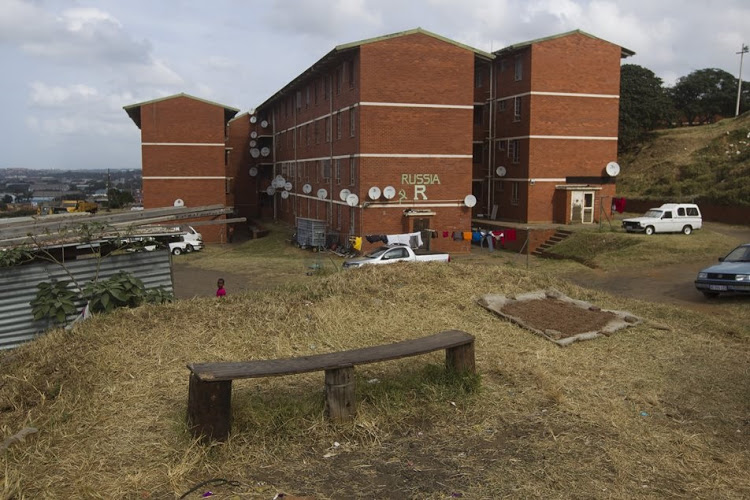 Durban police are investigating the murder of a 29-year-old man at the notorious Glebelands Hostel in Umlazi in the early hours of Sunday morning.

Community activist Vanessa Burger said that Lwando Gladine‚ a resident of Block 53‚ had visited Chief’s Tavern at nearby Reunion with a friend.

“After leaving the tavern‚ instead of returning home‚ he went to Block 55‚ where he was stabbed to death at around 3am‚” she said.

“This is the fifth murder at the hostel since the beginning of the year‚ bringing the total of those who have lost their lives in Glebelands-related murders – both at the hostel and elsewhere – to 107 since 2014.”

Police spokesman Lieutenant-Colonel Thulani Zwane said that a case of murder was under investigation at the Umlazi police station.

“No arrests have been made and the matter is under investigation‚” he said.

The hostel‚ administered by the eThekwini Municipality‚ is widely considered to be a hotbed of violence and crime. Comprising squalid and poorly maintained blocks‚ the hostel is overcrowded and run down.

The police have been hard-pressed to combat the killings and have deployed officers from outside the area amid allegations of police collusion with criminals.

During the Moerane Commission of Inquiry‚ established to probe political killings in KwaZulu-Natal‚ witnesses described the hostel blocks as a haven for hitmen and criminals.

Attacks by Glebelands hitmen are believed to include the shooting of former ANC Youth League secretary general and uMzimkhulu councillor Sindiso Magaqa. Magaqa was gunned down in July and later died in hospital.