Man who flung toddler from roof expected to appear in court 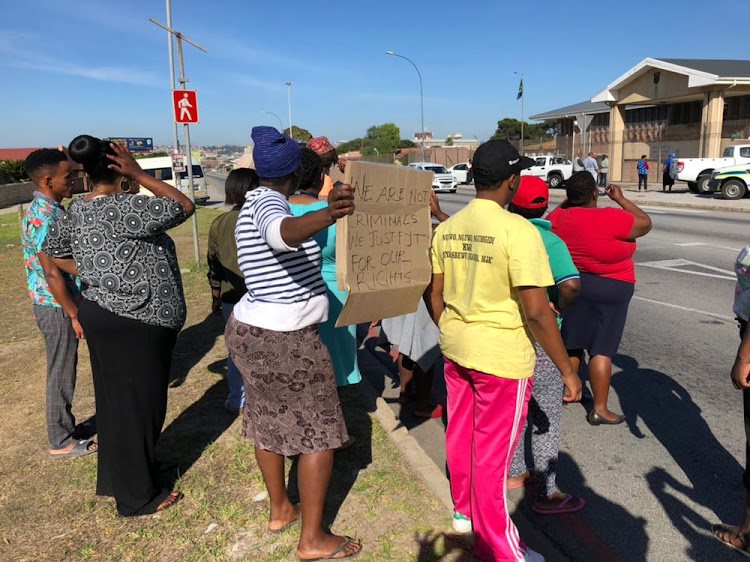 Community members from the Joe Slovo informal settlement in Nelson Mandela Bay have gathered outside the New Brighton Magistrate's Court on Monday morning in support of a man who flung his daughter from the roof of a shack.

The horror scene played out last Thursday when police and metro police as well as members of the municipality were demolishing shacks built on municipal land.

Piercing screams marked the moment the man threw his toddler from the roof of the shack.

The young father’s shocking actions followed a tense standoff in Joe Slovo during which an SAPS officer had, moments before, tried to negotiate with the man from the top of a hippo parked close by.

After a frenetic rooftop scuffle with police, the 38-year-old man was overpowered, arrested and charged later with attempted murder.

He is expected to appear in court later on Monday.

HeraldLIVE photographer, Werner Hills captured the moment a father threw his baby off the roof of his shack in Joe Slovo informal settlement in Nelson Mandela Bay.