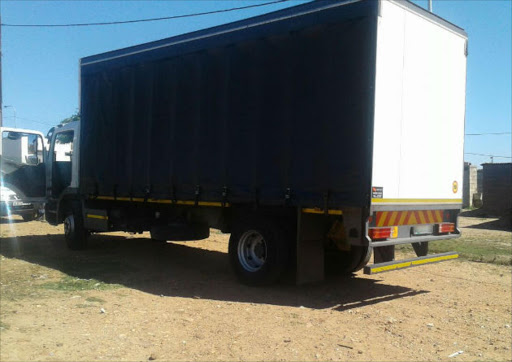 A delivery truck transporting eight pallets of assorted alcohol was hijacked on the N2 near the Cotswold off-ramp on Tuesday morning.

The truck was pulled off the road by a white polo with a blue light mounted on the dashboard of the vehicle.

Police spokesman Captain Andre Beetge said the 53-year-old driver worked for Big Daddy’s Liquor Stores and was doing routine deliveries across the Bay when he was hijacked.

“He was driving when a white Polo allegedly started following him.

“The Polo [driver] started flashing [the car’s] headlights for him to pull over but he continued to drive.

“The driver of the polo then flashed a blue light which led the truck driver to suspect that it was an unmarked police car or traffic vehicle,” he said.

“The driver pulled over and two occupants approached the truck. As they neared the truck, both men drew firearms and jumped into the passenger side.

“The driver claims that he was then held at gunpoint and forced to drive.”

Beetge said the Polo followed the truck while the gunmen threatened to shoot the driver if he failed to comply.

“The truck was driven to the John Tallant Road in Deal Party where the driver was forced out of the truck and into the back of the Polo. He was ordered to lie down in the back seat while the robbers drove the truck and the Polo continued to follow,” he said.

Beetge said the driver was eventually dropped off in New Brighton and he managed to walk to the police station.”

Asked about the value of the stolen liquor Beetge said it was not yet known and a stock take would have to be undertaken.

The organised syndicate, dubbed the “Blue Light Gang”, impersonates police officers and creates fake roadblocks or pulls over motorists to hijack them.

Over the past three months, there have been at least nine similar hijackings across the Bay.

Beetge said that while several incidents have been reported, the exact number of blue light related hijackings was unknown.

In most of the incidents, commercial delivery trucks are hijacked and their stock taken – almost always by robbers driving a VW Polo.

Last month a truck transporting meat was also hijacked on the N2.

All the cases have been handed over to the vehicle hijacking task team for investigation.

By 1pm, the truck was recovered – with all the liquor gone – on a gravel road in Kleinskool.

“The men entered the shop and held staff at gunpoint. They stole various bottles of expensive liquor before running out. There was a getaway parked nearby,” he said.

No one was injured in the robbery or hijacking.