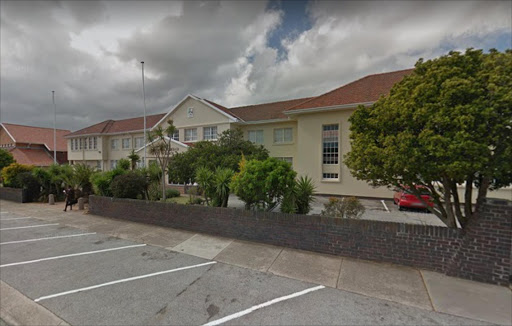 Brazen use of drugs, including dagga, at Alexander High

In a case which has caused alarm for its brazenness, a top Port Elizabeth school has been rocked by a drug scandal in which three pupils were allegedly caught snorting cocaine in the classroom. In the wake of the incident, the pupils from Alexander Road High School have either voluntarily left the school or are facing disciplinary action, while the principal has promised parents severe disciplinary steps against such activity. While the school is remaining tight-lipped on the exact details of the alleged substance abuse, principal Dr Peter Manser sent out a letter to all parents and guardians alerting them to the incident. In the letter, seen by Weekend Post, Manser said evidence collected left the school with no other option than to conduct a disciplinary hearing. “Two of the three pupils involved have been removed from the school and the third has been suspended pending a disciplinary hearing with the school governing body disciplinary committee,” Manser said. Manser confirmed two of the pupils had left the school voluntarily but refused to divulge further information, saying simply that the matter had been referred to the Department of Education. The grades and ages of those involved are not known. A parent, who asked to remain anonymous, said the school had informed parents that numerous pupils had been disciplined for the use and possession of dagga during school hours. “Then there was an incident that occurred during a lesson where boys were suspected of possible cocaine use. They cannot be certain if it was cocaine or not, but the kids apparently prepared it and snorted it as if it were cocaine,” the concerned mother said. Education Department spokesman Malibongwe Mtima confirmed three boys had been caught sniffing cocaine in class but did not divulge their ages or the exact details. “The principal filed an incident report and disciplinary action was taken.”

Mtima said Manser had alerted parents and guardians to the situation through a letter which included a warning for parents to be more vigilant. In his letter, Manser said any pupil found using, supplying or selling an illegal substance at the school would be dealt with in the most severe way possible. “I will protect our fellow Alexans from such activities wherever I can. Where pupils engage in the act of dealing in an illegal substance at school they would have very little sympathy from me … Expulsion from school would be a distinct possibility,” Manser said. Manser said the school had a responsibility to assist pupils who might be substance abusers and would do everything in its power to arrange rehabilitation, create support structures and help families cope with such trauma. “Any pupil in need will be given the necessary support required. Such assistance would remain confidential,” he said. Manser made no mention in his letter of any police involvement. SA National Council on Alcoholism and Drug Dependence (Sanca) regional head Roger Weimann said he was quite alarmed to hear about the alleged drug use in a classroom. “It is the first time I have heard of pupils abusing drugs so openly . . . usually they do it surreptitiously – after school or behind bicycle sheds,” Weimann said. Alarming statistics from Sanca’s in- and out-patient centres in East London show that 70% of patients are under 30 while 35% of that group are under 21, Weimann said. “Unfortunately the situation is getting worse. Children at younger ages are experimenting. Adding to the problem is drug dealers are selling the drugs at cheaper costs, making it more affordable for youngsters.” Weimann said more concerning was that people were pushing the issue of drug abuse under the carpet with not much being done in terms of prevention. “These issues need to be brought into the open and discussed freely,” he said. “Very detailed substance abuse policies need to put in place at schools.”