VIDEO | Kwanomzamo residents fed up with state of settlement 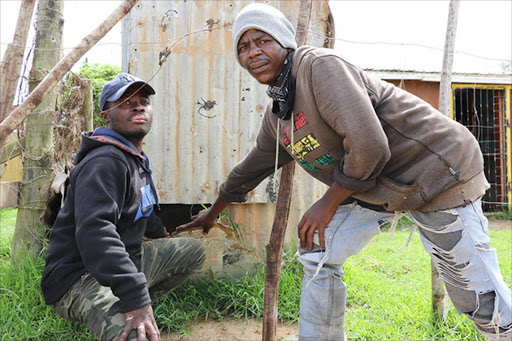 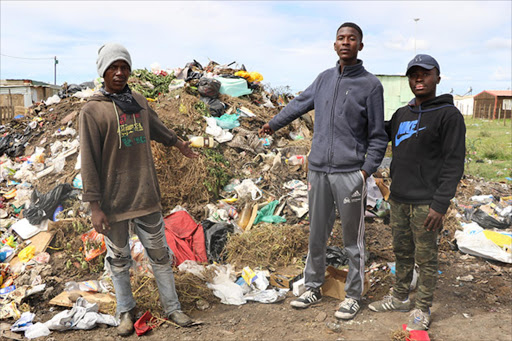 Kwanomzamo informal settlement in Humansdorp erupted during the early hours of yesterday as hundreds of residents, fed up with using bucket toilets, took to the streets, setting a library and community hall alight.

One of the community leaders, Melisizwe Masetu, 28, said residents were fed up with the DA-led municipality, which had “forgotten about Kwanomzamo”.

Kwanomzamo residents are fed up with state of the settlement. The informal settlement in Humansdorp erupted during the early hours of yesterday as hundreds of residents, fed up with using bucket toilets, took to the streets, setting a library and community hall alight.

“I was born here and now have a one-year-old child still living here and nothing has improved.

“We still use the bucket system, from the time I was a child, and now my child has to as well,” Masetu said.

“It is a dehumanising place, we have to share the streets with pigs, cattle and rats. Even our communal taps we have to share with the animals which are drinking from the pools caused by water leaks.”

A drive through Kwanomzamo illustrated the reality of the residents’ concerns, with the streets lined with children who were dodging animal faeces and sharing a tap with a pig.

The toilets are shared by at least six surrounding shacks.

Kwanomzamo resident Sibabalo Sebeta, 20, said: “Our children and elderly are suffering the most, constantly picking up infections because of the state of this area. We don’t see municipal vehicles doing anything.

“We only see police here.”

Another resident, Joyce Matomela, 34, said: “We have to watch people ride past our houses with boats and we can’t even get proper sanitation.”

Van Lingen arrived in Kwanomzamo by 11am to address community leaders and discuss a way forward.

“The municipality has already addressed most of the grievances that were raised during a similar protest at Kwanomzamo last year.

“Gravel roads were graded, water pressure problems were resolved and an extra 21 taps were installed at informal areas,” she said.

“The municipality will also roll out a bucket eradication programme from the new financial year.

“The severe drought has, however, limited further intervention because the municipality has had to reduce the budget for some services to fund the implementation of drought-relief measures such as the drilling of boreholes.”

Nkohli said by 3pm the residents had dispersed and the road was reopened. Following yesterday’s protest, Nkohli said a case of public violence was being investigated.

He also said the municipality was yet to open a case of malicious damage to property relating to the burnt community hall and library.