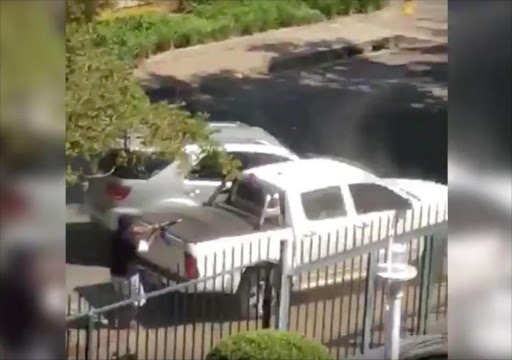 An attempted cash-in-transit heist that took place on the intersection of Kent Avenue and Grove Street in Randburg‚ Johannesburg‚ left a suspect fatally wounded. Emergency service staff and law enforcement officers responded to the scene at around 10am on Tuesday.

Police spokesperson captain Mavela Masondo said there was a shootout between security officers and the suspects. “Security came to fetch money from one of the outlets in the area when they were approached by a number of suspects. This led to a shootout.

The other suspects managed to escape while one was shot and fatally wounded‚” said Masondo. It appears that while fleeing‚ the suspects then tried to hijack a car after they abandoned the ones they came with at the scene. “We have since recovered the car and a firearm which was used to commit the crime‚” he said. The driver of the hijacked vehicle was not injured.