Teenager ambushed, left for dead on the way to school 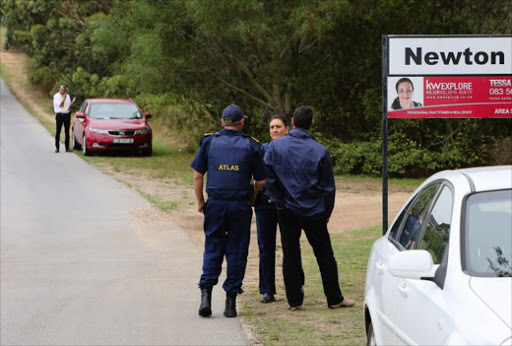 [caption id="attachment_239753" align="aligncenter" width="640"] Police and private security on the scene where a teenage schoolgirl was ambushed, dragged into the bushes and left for dead.
Picture: Werner Hills[/caption]

A teenage schoolgirl was ambushed, dragged into the bushes and left for dead while walking to Linkside High School on Wednesday morning (21/02/18).

The attack happened less than 1km from the school shortly after 8am – while the girl was running late for class.

Detectives are still trying to get more details from the girl after she was rushed to Greencares Hospital after the attack.

The girl’s age, name and grade are not being released to protect her identity.

She was found semi-conscious and lying on a gravel road near bushes about 800m from the school.

“At this stage, we cannot confirm if she was raped as we are awaiting for the rape test kit,” Rheeder said.