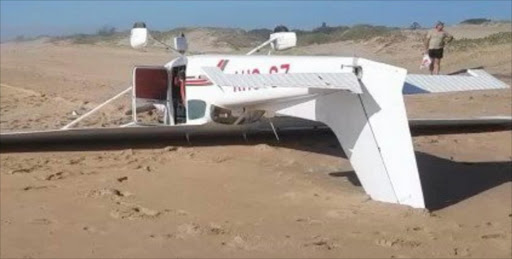 A plane crashed and embedded itself into the sand on a beach on the KwaZulu-Natal south coast on Saturday morning.

The pilot and passenger of the two-seater aircraft escaped the crash - and‚ somehow‚ were barely injured.

The plane‚ according to Rescue Care Paramedics’ Garrith Jamieson‚ seems to have capsized when it landed on the main beach.

“At this stage the two occupants of the plane say they are fine‚” he said.

They were attended to by paramedics.