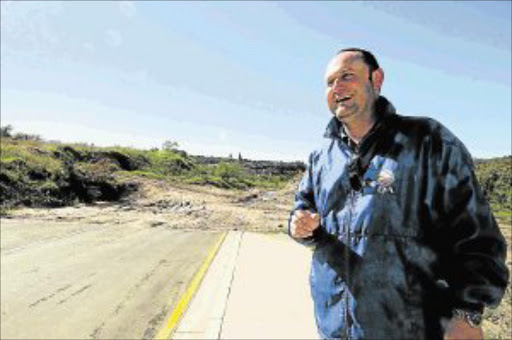 Budget and treasury political head Retief Odendaal conceded that ratepayers were being charged to the hilt for residential properties, but said the municipality had no choice.

“No one wants to make this difficult decision, especially as a politician, but we had no choice,” he said.

“We have far too few ratepayers and the valuation roll is too small.

“We had to ensure we get a specific budget from the rates.

“We realise our ratepayers are carrying a significant burden but we ask them to trust us and know we realise how to turn this city around.

“Their money is in good hands and we will use it to the benefit of the city.

“We have had to make a lot of difficult decisions and part of that was to budget for a 9.5% rates increase.”

The city’s valuation roll lists 264 835 properties, which are worth a combined R156-billion.

This brings in R2-billion a year to the city’s coffers.

Of the total number, 223 000 are residential properties. But only 119 000 are actually charged a residential rate, which brings in a large chunk of the R2-billion.

The other 104 000 properties fall under the municipality’s assistance to the poor programme.

“We don’t want to have the financial burden of this institution on those 119 000 ratepayers,” Odendaal said.

“It is high and we realise that. It is not where we want to be. But our challenge is, how do we change it?

“We must grow this economy and make this institution as efficient as possible. We know how to turn this financial situation around, because the current financial model is not sustainable.”

A possible reason for the high rates is the low rebate offered to residents, according to the analysis.

The Local Government Municipal Rates Act states a municipality cannot levy rates on the first R15 000 of a property’s value.

Residents in Cape Town and Johannesburg enjoy a R200 000 rebate. In Pretoria and Durban, residents get a R120 000 rebate.

But Odendaal said the rebate could not be increased at this time as there was a massive backlog in fixing and replacing infrastructure.

“The rebate does need to be upped, but we are trying to spend as much money on the maintenance of infrastructure [as we can] as this has been ignored for years.”

Asked how the municipality planned on removing the burden from ratepayers, Odendaal said: “We need to grow the economy by attracting businesses. But it is not going to happen overnight.”