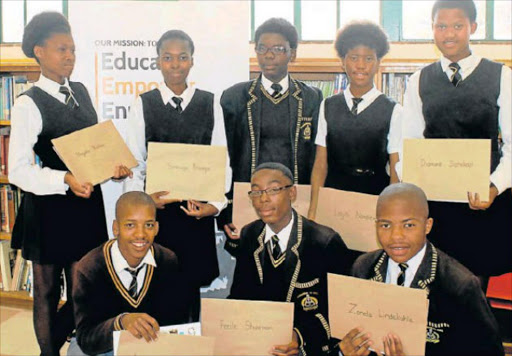 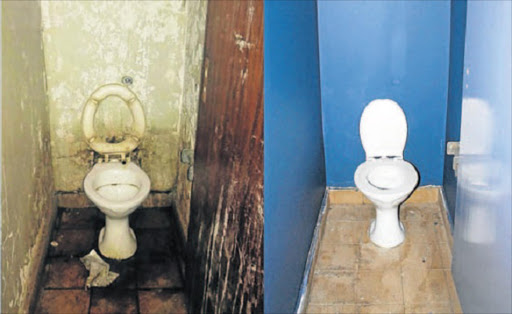 The Motherwell school has been without decent sanitation since 2012 and pupils were forced to use toilets that were either not working or had no water. Their tireless efforts will now see the 1 850 pupils at the school enjoy the results of the Grade 11 pupils’ hard work. What started with some buckets and cleaning products to put together a car wash moved on to other fundraising efforts which saw the pupils gather the R40 000 for what they called “Project Heavenly Hygiene”. Their efforts took a serious turn as the pupils further organised a jumble sale where they sold donated clothing, organised an entrepreneurs day, and hosted a breakfast with PJ Powers and a beauty pageant. Pupil Siyasanga Gwarube, 19, said the school needed a lot of work, but starting with the toilets was a no-brainer. “The state of the toilets at school had got so bad. Out of the 12 toilets only two were working, so we had a situation where 1 850 boys and girls were using just two toilets,” she said. “To us that was unacceptable as sanitation is a basic human right. We still want to do so much. We want a sports field, an intercom and a hall.” Gwarube said she was happy they could assist other pupils. However, she was a little concerned and hoped the pupils would take care of the new facilities. “The renovation was a lot of hard work. We started working in June and had to sacrifice our June and September holidays,” she said.

“It was also emotionally draining as we had to clean extremely dirty toilets, but it was all worth it in the end.” While the pupils had the backing of parents and teachers, they also received tremendous support from WNS South Africa. WNS South Africa, through the WNS Cares Foundation, provided the pupils with starter capital and committed a group of 20 employees as volunteers to assist and mentor the pupils. Geography teacher Xoliswa April said the renovations were necessary as many pupils were picking up infections. “It was very heartwarming to see their dedication, because a lot of them made sacrifices,” April said. “The pupils were very dedicated and sacrificed their holidays to see this project through, and that showed how serious they were.” The pupils have passed the baton to next year’s Grade 11 class who will continue renovating the rest of the toilets and go as far as beautifying the facilities. April was one of 10 teachers who assisted the pupils. WNS South Africa corporate social investment manager Megan Meredith said: “This achievement is no small feat, and other youth can learn a lesson from these inspirational students, especially given the poor sanitation facilities at schools across the country. “We hope that the achievement of these 20 remarkable young people will inspire and motivate other youth to not be satisfied with their circumstances, but to get up and make a positive change in their respective communities. “There is still so much that can be done and we are committed to helping young people who are not afraid to work to make a difference for the benefit of their local community,” she said.