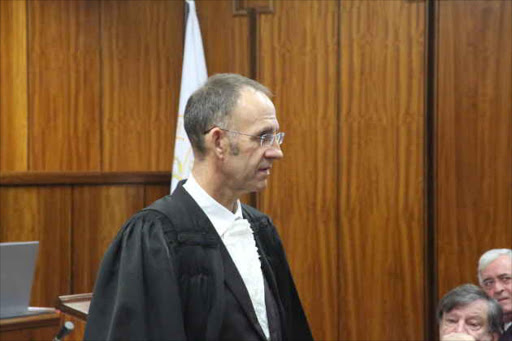 Advocate Peter Daubermann’s vast experience will come in handy as he has arguably one of the toughest and most important roles in the Panayiotou trial. Daubermann, who has until now used a more reserved approach when compared to his learned friends and has managed to steer clear of public scrutiny, is representing alleged hitmen Sinethemba Nemembe and Zolani Sibeko. The tech-savvy Daubermann lives up to his name. He is known for his intelligent, aggressive cross-examination and has made a name for himself in the Eastern Cape. He started as an administrative assistant at the Department of Justice in 1976 and quickly worked his way up the ranks, becoming a state prosecutor in Grahamstown in 1985. Between May 1988 and May 1989, he acted as a magistrate before becoming a prosecutor in the high court. Daubermann went into private practice in 1997. In 2012, Daubermann and Advocate Terry Price represented a card-cloning syndicate with international links.