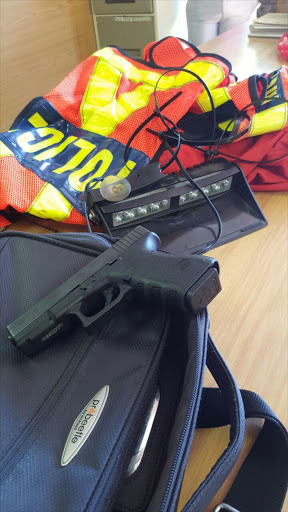 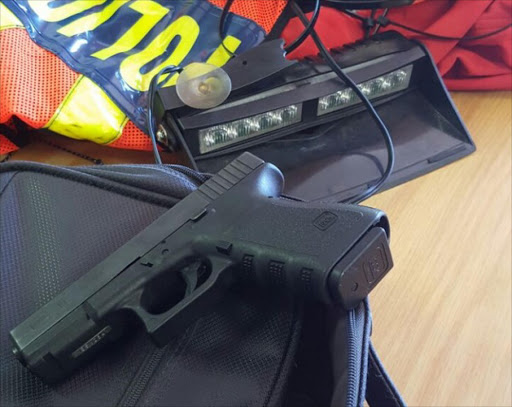 A bag containing a loaded stolen gun, police reflective vests and a blue light was confiscated during a routine search of a bus that was travelling on the N2 outside Port Elizabeth this morning.

The bag – which was not claimed by anyone on the bus – is possibly linked to the Blue Light Gang who travel the country posing as police officials and committing crime.

Police Lieutenant Gerda Swart said the bus was pulled over near Thornhill by Humansdorp K9 unit and Thornhill police.

“During a routine check on a bus that was travelling from Durban towards Cape Town, police members found a suitcase containing a stolen 9mm pistol, a magazine loaded with 15 round of ammunition, a blue police light and two marked police reflector jackets.

“The items were found after the police dog, Aldo, found the items in one of the bags aboard the bus,” she said.