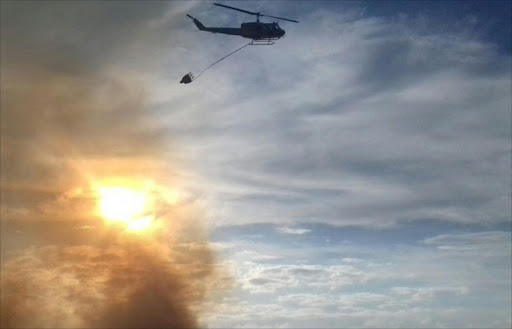 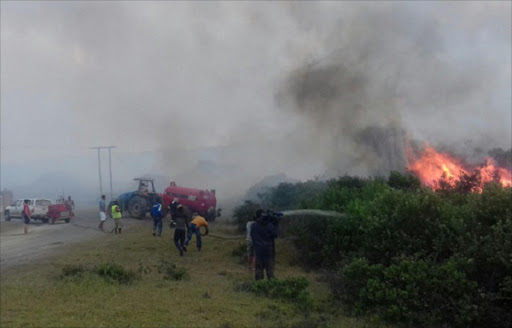 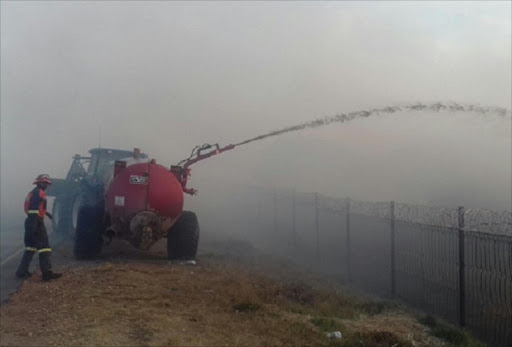 The fire started in the reserve bordering the Thyspunt area on Saturday (23/01/16) and by late this afternoon (Sunday, 24/01/16) the fire department had reportedly asked residents with thatch-roofed houses on the edge of the reserve to start wetting their roofs as a precaution.

By early evening, the fire was spreading towards the St Francis airfield and was not yet under control. The R330 between St Francis Bay and Cape st Francis was also closed.

The Herald can confirm that Cape St Francis is without electricity and residents have been evacuated to the lighthouse. Guests of the Cape st Francis resort have also been evacuated and provided with accommodation in Port Elizabeth, Humansdorp and Jeffreys Bay.

Residents of the small town, who have gathered at the lighthouse, say they are worried. According to Lee-Anne Davis, a local resident, they feel sacred but are hopeful that the fire will not reach their homes.

This is a developing story. We will update this page with more information as it becomes available. Follow us on and for more images and video from the scene.