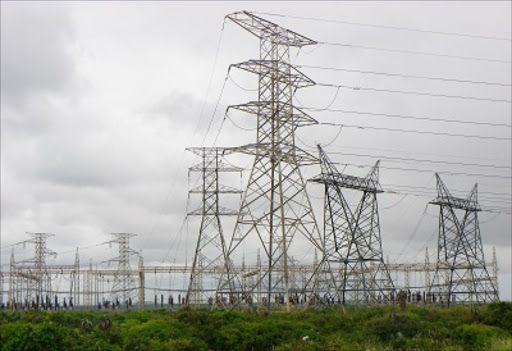 [caption id="attachment_105409" align="alignright" width="300"] Nelson Mandela Bay is on the brink of a power disaster with theft and vandalism wreaking havoc with electricity supply infrastructure which contributes significantly to power outages. While there has been no loadshedding for the last 31 days, the bay has been hit by nine outages due faulty cables and breakers. Picture Eugene Coetzee/ Tremaine van Aardt/The Herald[/caption]

NELSON Mandela Bay is on the brink of a power disaster with theft, vandalism, strong winds and poor infrastructure wreaking havoc on the electricity supply.

There are also concerns about water.

While there has been no Eskom load-shedding for the past 31 days, the Bay has been hit by nine outages in the last seven days due to localised faulty cables and breakers.

Residents and businesses have had to contend with unannounced blackouts – some lasting hours – as standby municipal staff attended to sub-stations.

Energy experts said the problem was not just in the metro, but also the rest of the country, where not enough money was being pumped into repairing old electricity equipment or facilities and building new ones.

Bay mayor Danny Jordaan’s chief of staff, Mlungisi Ncame, said: “The mayor’s view is that as much as it is important to invest in improving the infrastructure, there is a plan to invest in alternative energy.

“That is one of the things he met the Coega Development Corporation about [yesterday].”

The municipality’s overall budget to repair and build new electricity infrastructure for the 2015-16 financial year is more than R200-million.

Nearly R100-million was spent on electricity repair and maintenance in the previous financial year.

The electricity and energy directorate spent more than R45-million on repairs and maintenance in 2014-15, with a further R52-million on refurbishing and replacing network cables.

With an infrastructure backlog that could cost billions to rectify, according to energy expert Chris Yelland, heaps of money was needed.

But borrowed money is to become available, according to chief financial officer Trevor Harper.

“The banks are lining up to [lend] the municipality money,” he said, attributing this to a credit-rating improvement from Moody’s, with another possible.

“The Development Bank of SA is offering us R800-million, but we are working with the national Treasury on a long-term sustainability plan to replace some infrastructure with [infrastructure] that is income-generating.” Harper said there was also a need to replace water meters with smart units that could detect tampering.

“These water meters can also be prepaid, meaning we can restrict people found tampering or defaulting on payments,” he said.

“We can do the same with our electricity meters.

“People found bypassing the meter will automatically have to pay for a smart meter in addition to [a] fine.

“We hope to have a long-term sustainability plan by the time we present our next budget so that we know when to replace our income-generating assets and reduce our losses in electricity and water.”

Budget and treasury committee chairman Rory Riordan said there was no shortage of money for maintenance at this stage as it was still early in the financial year.

“In fact, they [departments involved] hardly spent money in the first two months and I don’t really know why,” Riordan said.