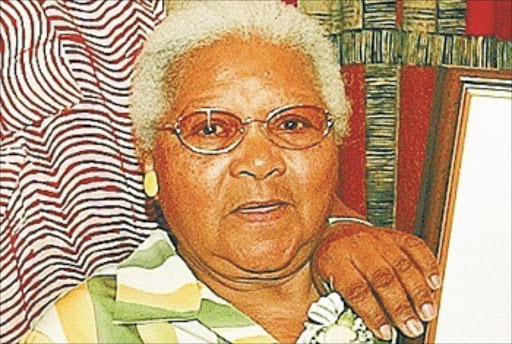 ANTI-apartheid struggle hero and ANC veteran Lillian Diedericks has slammed the culture of entitlement among South Africans who sit back and wait for government handouts.

Speaking at a lunch meeting with Nelson Mandela Bay mayor Danny Jordaan this week, the feisty 89-year-old Diedericks said she was frustrated by people who felt entitled to free services when they had minds and hands to make a better life for themselves.

“Leave this thing of going around opening your hands for dankie brood. Stop running around visiting for a plate of food and a cup of tea . . . have your own tea and your own plate,” she said.

The lunch at the Port Elizabeth City Hall on Tuesday was to honour elderly women in the city. Diedericks spoke passionately about elderly people who allowed their children to depend on them, even as adults.

“Today, you find grannies walking around [saying] ‘I am hungry please’ and yet they are getting their pension . . .

“No, people, let’s change our minds and do something about it,” she said.

“Yes, have the heart for your grandchildren, but don’t put your hand in your pocket for them. Let us leave this thing of ‘my grandchild must look after me’. “Goddammit, there is no such thing . . . “You look after yourself, as long as God has given you the strength, the breath, make use of it . . .”

Diedericks was part of the 1956 march by more than 20 000 women to the Union Buildings in Pretoria in defiance of pass laws.

She said that at her age she did not expect to get anything from the government because she already had a pension. “I am staying alone in a four-roomed house,” Diedericks said.

“I bought it when it was two bedrooms and I built it on my own and I don’t owe the council a cent.

“I am not educated. I only passed Standard 3 [Grade 5], but I make use of what my mother taught me at home . . . and today I don’t have beggars; my children were professionals.”

The government pension was enough to build a life. “The money that I am getting from the government is sufficient.

“You must know how to use it, that is all. As long as you have your hands and you have a little soil that is the size of a door, you can plant and eat from that,” Diedericks said.