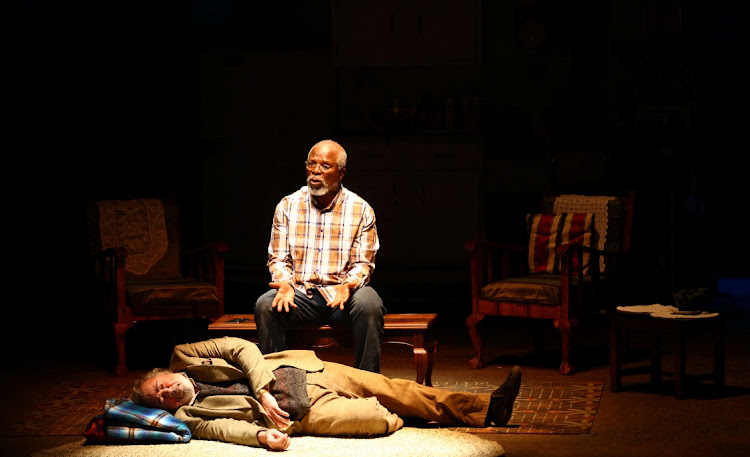 Tony Award winning South African writer and actor John Kani performs next to Michael Richard, who plays Jack Morris, in 'Kunene and the King,' a play examining race, socio-economic class, and politics over the 25 years since the first post-apartheid democratic elections in the country, at the Joburg Theatre in Johannesburg
Image: SIPHIWE SIBEKO / REUTERS

Acclaimed SA actor, activist and playwright John Kani’s Kunene and the King makes its way to Gqeberha in July.

Set in 2019, 25 years after  the first post-apartheid democratic elections, the play tells the story of two men from contrasting walks of life who are thrust together to reflect on a quarter century of change in SA.

The play, which premiered in the Swan Theatre, Stratford-upon-Avon in 2019, has already been seen in Johannesburg and heads to Cape Town before coming to Kani’s home, where it will be staged at the Opera House from July 7.

In That Weekend Feeling with Daron Mann this week, we catch up with “national treasure” Kani.