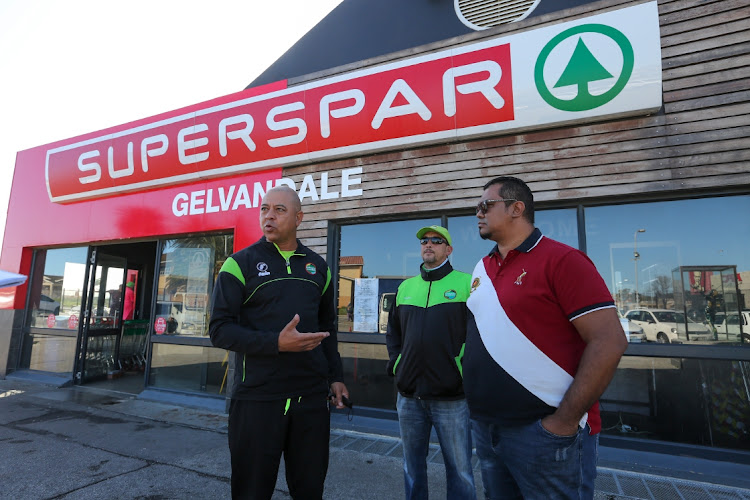 ISSUE RESOLVED: The Gelvandale SPAR has moved non-Halaal cold meats back into its store after a public outcry when these products were moved to the adjacent liquor store. Patriotic Alliance national chair Marlon Daniels, PA Ward 10 co-ordinator Xavier Cairncross and PA PR councillor Bradley Murray were among those who took their complaints to the store’s management
Image: WERNER HILLS

Nelson Mandela Bay residents who frequent a northern areas supermarket were up in arms this weekend when the store management informed shoppers non-Halaal cold meats would be removed from the premises and stored in the adjacent liquor store instead.

While the store has since reversed its decision, it has already pitted Muslims and Christians against each other, with some even vowing to boycott the shop.

The issue came to light late last week when a notice was placed in the front window of the SuperSPAR in Stanford Road, Gelvandale, apologising to customers for not having certain products available, like processed and cold meat, and meat not adhering to Halaal requirements.

The notice stated that non-Halaal products were removed due to “stricter policies from [their] new New Halaal Certificate Supplier”.

Some of these products, like cold meat, were still available, but were moved to a fridge at the Tops next door.

In Behind The Herald Headlines with Daron Mann this week, we speak to Alain Walljee about what unfolded.

Cold meats back on shelves at Gelvandale supermarket

A Gelvandale supermarket has heard the outcry from its local community and residents will be relieved to know they can once again find their ...
News
1 week ago

The recent decision by a Gelvandale supermarket to move non-Halaal cold meats to the liquor store next door has caused an upset in Gqeberha’s ...
Opinion
1 week ago

A bunch of baloney.That is the view of angry customers given the Gelvandale SPAR’s decision to move non-Halaal cold meat s to the Tops liquor store ...
News
2 weeks ago