LISTEN | What’s behind the Walmer murders? 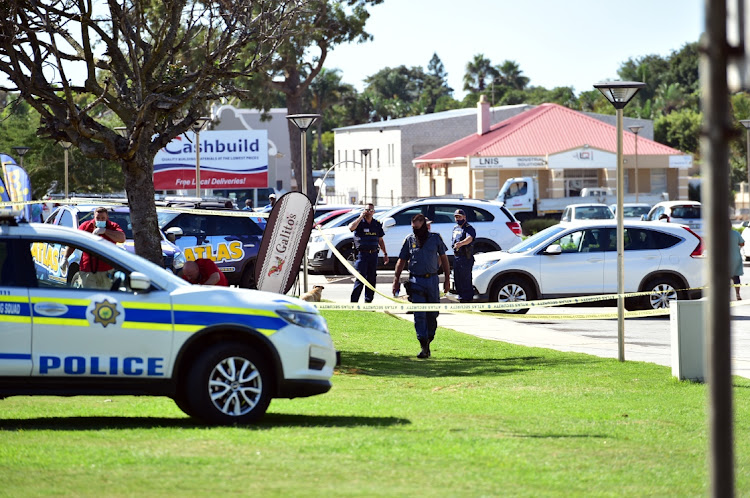 CRIME SCENE: Police at the scene of the double killing in Heugh Road
Image: EUGENE COETZEE

In just one week in April, at least five people, including an innocent bystander who was caught in the crossfire in broad daylight, were killed in Walmer Township in what police believe are well-orchestrated hit murders.

Dubbed one of Gqeberha’s most violent and dangerous policing precincts, residents here live in fear as criminals — some posing as police officers — carry out their reign of terror.

In October, another spate of violent killings in the area prompted a visit from police minister Bheki Cele, but promises to refurbish and reopen the satellite station in Fountain Avenue have not been fulfilled.

In Behind The Herald Headlines with Daron Mann this week, we speak to reporter Riaan Marais and Ward 4 councillor Nozuko Mbambo about what exactly is happening in Walmer Township.

Urgent intervention overseen by the police’s top brass is necessary to deal with the spate of killings in Nelson Mandela Bay’s Walmer township.  So ...
Opinion
3 weeks ago

A string of suspected hit murders, bogus police and the closure of a police station in one of Gqeberha’s most violent and dangerous policing ...
News
4 weeks ago

There was bloody mayhem in Walmer on Wednesday when three people were killed in separate incidents.
News
1 month ago

Man gunned down in Walmer Township

A 35-year-old man died from multiple bullet wounds  following a  shooting in Walmer Township on Tuesday afternoon.
News
1 month ago

Calls for the reopening of the Fountain Avenue police station in crime-ridden Walmer Township will now come at a much higher cost as vandals have ...
News
2 months ago

National police commissioner General Khehla Sitole has ordered themobilisation of a 72-hour manhunt after a police sergeant was shot outside his home ...
News
3 months ago

Yet another fatal shooting in Walmer Township

Another week, another shooting in Walmer Township.And while no arrests have been made, police claim they know who the suspects are.
News
6 months ago

Father of three dies on doorstep after shooting in Walmer Township

As load-shedding kicked in at Walmer Township on Tuesday night,another innocent life was lost in the spate of violence experienced in the area, but ...
Your Weekend
6 months ago

Policing to be intensified in Walmer township

National police minister Bheki Cele has promised to increase policing in Walmer township after a spate of killings in the area.
News
7 months ago

Police minister Bheki Cele arrived in Gqeberha on Thursday morning where he is expected to visit Korsten and the Walmer township.
News
7 months ago

Inside the Walmer murders

You hear eight gunshots at a time — and you know someone is dead.Some people choose to run, others hide, but living in Walmer Township, one of the ...
News
7 months ago

Walmer Township killings must be stopped

One resident, a frightened woman who heard the gunshots during the latest incident, said she was too scared to discuss the violence in Walmer ...
Opinion
7 months ago