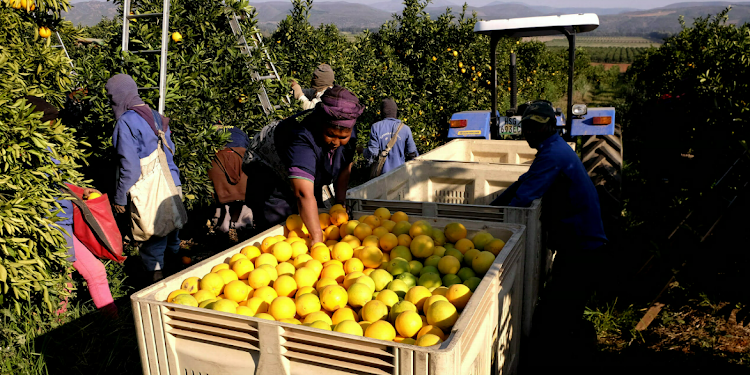 BUSINESS SQUEEZED: The South African citrus industry stands to lose a large portion of its export market due to the ongoing war between Russia and Ukraine.
Image: John Wait

Economic turmoil, the fallout from the Russia-Ukraine crisis, may well be a bombshell for your budget.

That’s according to experts, predicting just how the Russian invasion — seemingly so far removed from SA — will affect us.

From grains to oils — the price of a wide range of commodities and products is expected to increase, hitting our pockets.

And it’s not just imports that will be affected.

SA’s exports, too, including the citrus industry, which is one of the biggest drivers of the Eastern Cape  economy, are affected.

In Behind The Herald Headlines with Daron Mann this week, we speak to Agricultural Business Chamber of SA (Agbiz) chief economist Wandile Sihlobo and Efficient Group chief economist Dawie Roodt about just how SA, its economy and, ultimately, you will be affected.

How the Ukraine war will increase our food prices

The readers of the physical copy of the newspaper might be mainly in the Eastern Cape province of SA, but the events of the Black Sea are just as ...
Opinion
2 months ago

You grab a loaf of bread from the supermarket's shelf just as you would on any other day, but to your horror, you realise the money in your pocket is ...
News
2 months ago

Ukraine war will have big impact on agriculture — MEC

The agricultural sector and the Eastern Cape should brace themselves for turbulent times ahead due to the war between Russia and Ukraine.
News
2 months ago

Before the war in Ukraine started on February 24, our primary focus in the global grains and oilseeds market was on production conditions in South ...
Opinion
2 months ago