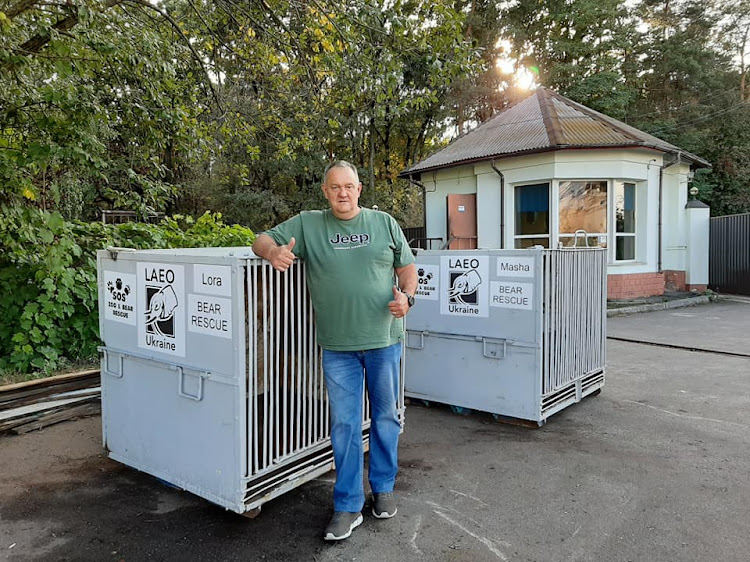 IN THICK OF THINGS: Lionel de Lange flew to Ukraine on Monday as part of a relocation project for a bear
Image: SUPPLIED

Gqeberha wildlife rescuer Lionel de Lange, who flew to Ukraine on Monday as part of a relocation project for a bear named Masha, now finds himself amid the country’s tense conflict with Russia — with his rescue plans temporarily placed on hold.

Despite the volatile situation, De Lange committed to a project in partnership with Free the Wild, and opted to take the risk and left his Ukrainian wife, Anya, at the Gqeberha-based Simbonga Game Reserve near Thornhill.

He is now staying at Anya’s parents’ house in the city of Kherson, in southern Ukraine.

In That Weekend Feeling with Daron Mann this week, De Lange describes exactly what is unfolding in the country — his home for 11 years — and his exit plan.