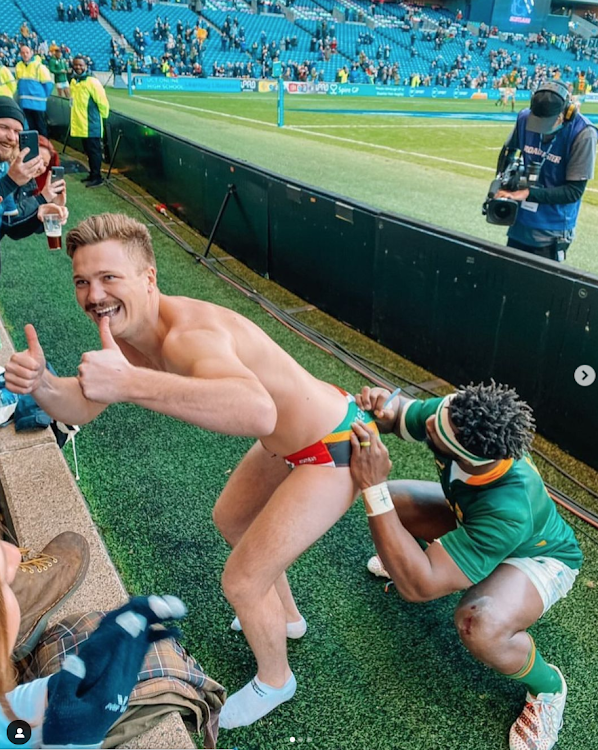 It was a Springboks supporter wearing just his SA flag broeks while watching the Springboks beat Scotland 30-15 at Murrayfield Stadium in Edinburgh last weekend who stole the show.

A video of Jack Denton went viral after he asked Springbok captain Siya Kolisi to sign his Speedo.

In That Weekend Feeling with Daron Mann this week, we catch up with Denton, born and bred in the Eastern Cape.