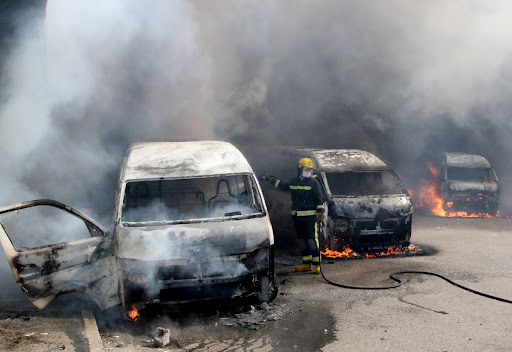 Korsten has been abandoned.

That is the sentiment of Ashraf Limbada of the Korsten Traders Forum in the wake of violence in Durban Road last Wednesday that saw gunshots fired and minibus taxis set alight, causing pandemonium.

Was it merely a spontaneous burst of anger, or lingering frustration compounded by poor service delivery and a lack of law enforcement?

In this week's episode of Behind The Herald Headlines with Daron Mann, we get to the bottom of the violence that saw police minister Bheki Cele jet in to the city and promise to “flood” Korsten with police.

Korsten shop owners go legal route to get guns back

An eerie calm hangs in the air in Durban Road, Gqeberha.
News
7 months ago

Korsten violence could have been prevented

SA is a bubbling pot of anger and frustration, spilling over every so often and causing mayhem in the process.
Opinion
7 months ago

Three firearms confiscated, a go-slow from taxi drivers and spaza shop owners bolting their doors — this was the aftermath of the clashes that saw ...
News
7 months ago

Thuggery does not belong on our streets

It is utterly deplorable that our city has become all too accustomed to eruptions of violence. On Wednesday afternoon, it was the turn of the busy ...
Opinion
7 months ago

The violence that erupted shortly after 2pm caused  pedestrians, shoppers and motorists to scatter in all directions.
News
7 months ago