INTERVIEW | In the driver's seat with Top Gear's Chris Harris 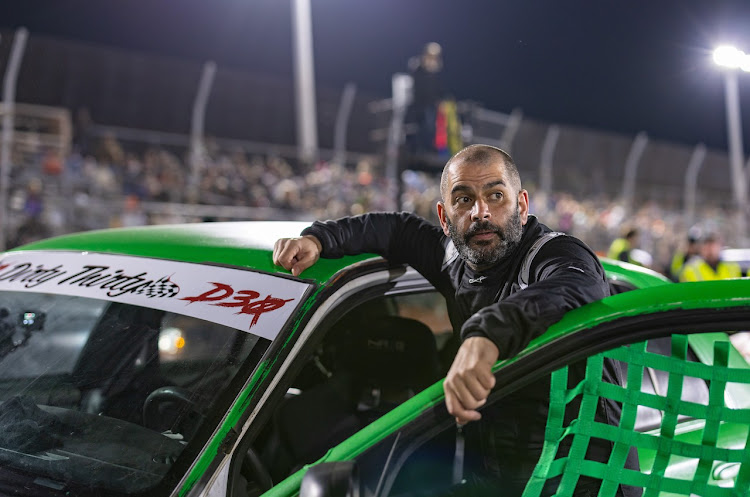 Chris Harris revs up for another season of motoring thrills.
Image: Supplied

What are the highlights of the new series for you?

That we got to mess around in America was lovely. The US is still the best canvas on which to paint a show like Top Gear because it has an enduring relationship with the motor car. That means it has more stupid motorsports than anywhere else on the planet. So being there was wonderful.

What did you get up to in the US?

We did a race in Florida with old police cars. We used Lincoln Town cars, which are the staple for all police forces in America. We took part in a race called the Dirty Thirty around a short, banked oval. It was 30 laps and no holds barred. All I'll say is you'd expect on a grid of 20 cars driven by Americans, all of whom probably had a problem with Limeys and wanted to take us out, that they would be my main obstacle. But there is an adage in motorsport: "Your rival teams aren't your biggest problem. Your teammates are." I'll leave it at that.

Why does the relationship between the three of you come across so well on screen?

We hit it off immediately, but there's more to it than that. It's a very sensible blend of totally disparate backgrounds and lives, but we all like sharing a beverage together and get on very well. We've arrived at very similar values and senses of humour, but from very different places. It's two working-class northerners and one totally over-privileged softie from the south, but it works.

Ordinarily I wouldn't go near someone like [Paddy] McGuinness. I would lock my car door! Even now I feel like doing it when he comes out wearing his fashion tracksuits and trainers made for an 18-year-old. He looks absurd. But we get on like a house on fire. He is wonderful. You don't realise how lucky you are doing this job until you are in your dotage and sitting there thinking: "I watched Paddy try to talk to someone in Ethiopia when previously he'd only been to Portugal. These are cultural milestones that I witnessed!"

Is the secret of the show's success that it also appeals to people who aren't interested in cars?

Yes. At its best, Top Gear should attract people who don't like cars and I think we've done a reasonable job of that. We have a lot of adventures, but we also have slightly more serious sections where we test cars. Top Gear has to earn the right to mess about. There has to be a bit of rigour. So in this series there are films about alternative fuels, electric vehicles and ultimately where we feel things might be going. We do a road test of a Lotus and a Maserati. I think we do those as well as anyone. It's hard-core testing and we deliver the truth as we see about the vehicles. Once you have that core sorted, then you can go to Florida, dress up in vests and race swamp buggies. You can't do the latter unless you're doing the former properly.

Why do you think the show continues to be so widely loved after 32 seasons?

People talk a lot these days about the politics of waste and necessity, and the car has become this pariah. The motor car is guilty of everything. But despite that, people love them, people adore them and people engage with them in a way they don't with any other object. It's telling that we do a show about cars. We don't do a show about food blenders or washing machines. For quite a few years now, life has been tricky, so if you want to sit back on a Sunday evening and watch a lot of fun about cars, then Top Gear is very appealing. It's a gentle comedy seems to work.

Why else does it strike such a chord?

Never underestimate that there aren't many TV shows the whole family can watch together. On Top Gear, dad will like Paddy because he's funny and myself because I can drive a bit. Mum will like Freddie because he is a load of eye candy and kids will like the supercars and that we mess about. It's not a complicated recipe, but it works — at least until I get told to find another job! I have made a couple of pals for life, which I'm very grateful for. I just turn up and mess around. What could be more fun?