Apple’s next frontier is your car’s dashboard 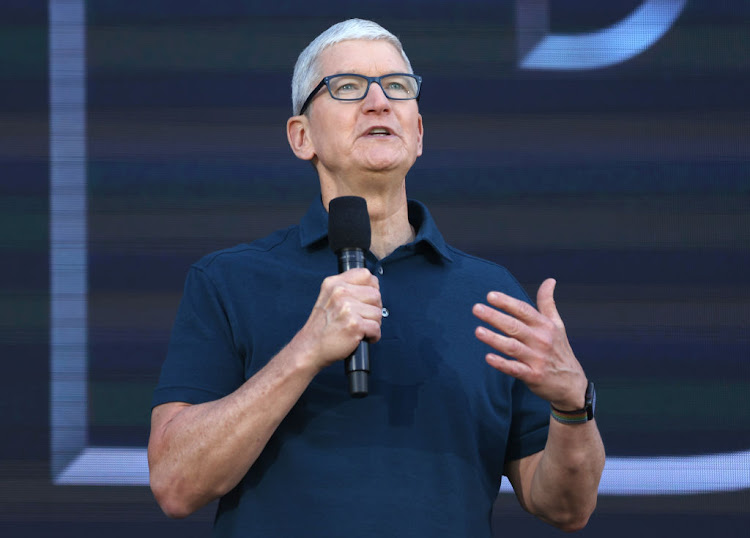 Apple Inc wants to power the dashboard of your next car, but first it must convince carmakers they will not end up surrendering future profits to the iPhone company, like the makers of flip-phone handsets.

Apple on Monday gave a preview of a new generation of its CarPlay software that will migrate from its current home on the entertainment screen to power everything in front of the driver.

While the move from one screen to another may seem like a small step for Apple, it's a huge leap in terms of the technological and business engagement between the iPhone maker and the world's carmakers.

Electric vehicle leader Tesla Inc has proved the popularity of a large in-vehicle screen and fully integrated software with consumers. Carmakers are pushing to control the relationship with consumers in the more software-dominated car as a way to generate more profits.

The current version of Apple CarPlay, available in 98% of new cars in the US, is fundamentally limited in its capabilities.

CarPlay apps live on the entertainment screens of vehicles and can play music or podcasts after a user has connected their iPhone to the car. But the software cannot control basic functions of a vehicle, such as changing climate control settings.

Presenters at Apple's developer conference on Monday showed a slide with the logos of more than a dozen automotive brands, including Ford, Mercedes, Audi and Porsche. Apple said the carmakers are "excited" about the concept of dashboard displays that offer a more consistent Apple look and feel.

To do so, iPhones will communicate with a vehicle's real-time driving systems for the first time – a critical step toward Apple potentially powering autonomous driving functions in the future.

Representatives of some brands described their companies as interested but said no decisions have been made for future models.

"We are working with Apple on this development project," a Porsche spokesperson said. 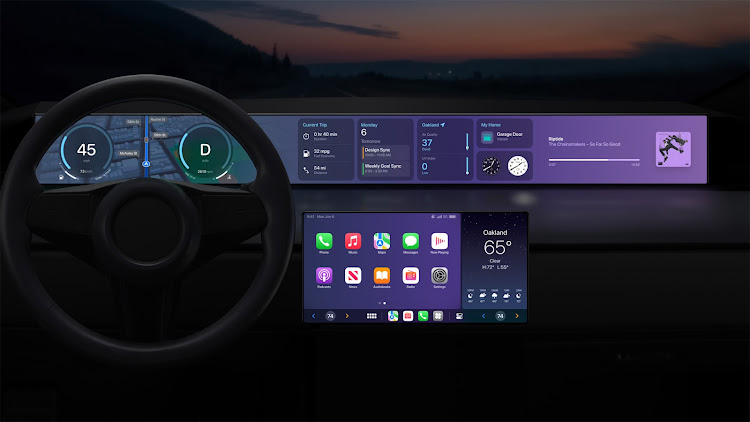 The next generation CarPlay software will migrate from its current home on the entertainment screen to power everything in front of the driver.
Image: Apple

Carmakers are wary of Apple and other tech giants. They saw how phone makers such as Motorola and Nokia and the one-time powers of the music industry shriveled as iPhones and Android smartphones consumed those businesses.

"There's no question this is a threat because the carmakers, particularly as we transition to software-defined vehicles, realise they run a significant risk of losing whatever ability they have to interact with the consumer unless they get their act together," said Evangelos Simoudis, a Silicon Valley venture capital investor and adviser who closely follows connected vehicle technology.

At the same time big carmakers know their current entertainment systems are a persistent cause of consumer complaints to quality scorekeepers at J.D. Power and Associates and other market research firms.

In China, younger consumers are turning their backs on established brands in part because their connectivity doesn't match what Tesla or China's own technology-industry bred electric vehicle startups offer.

The next generation of vehicles from major carmakers will have sprawling dashboard screens. Mercedes-Benz, for example, has shown a prototype Vision EQXX electric sedan with a display screen that is 47.5 inches wide, and would offer functions such as an "efficiency assistant" that would calculate the most fuel-efficient route for a journey.

The competition is over who will develop the software to power such displays, who will control the data flowing from the vehicle and the customers on board, and who will generate revenue as vehicles roll down the road.

Carmakers do have one advantage over former phone handset makers: They are the gatekeepers for the critical electronic systems of vehicles, which are subject to extensive government safety regulation and hardware durability requirements that are far more stringent than those of the smartphone industry.

There are signs carmakers and technology industry companies are coming to terms. Alphabet Inc's Google has agreements with General Motors Co, Volvo Cars and the Renault-Nissan Alliance to provide software for the next generation of systems. Amazon.com has cut deals with carmakers to integrate its Alexa voice assistant in vehicles.

At Apple, Emily Schubert, an engineering manager for car experience, said during Monday's conference that using the new software, "your iPhone communicates with your vehicle's real-time systems in an on-device, privacy friendly way, showing all your driving information".

While Reuters has previously reported Apple could release its own electric vehicle with autonomous feature as early as 2024 or 2025, moving its software to instrument clusters puts the iPhone maker closer to the key vehicle systems and controls Apple would need to access to provide autonomous driving software to other companies.

"Cars have changed a lot, with larger-sized screens and more of them throughout the car," Schubert said during the keynote.

"There's an opportunity for iPhone to play an even more important role."

Apple announced the software far ahead of its release to the public, saying cars using it will not be announced until late next year. Apple appears to be giving carmakers plenty of time to customise the new CarPlay software, an acknowledgment the final look of the software could be different for Fords and Ferraris.