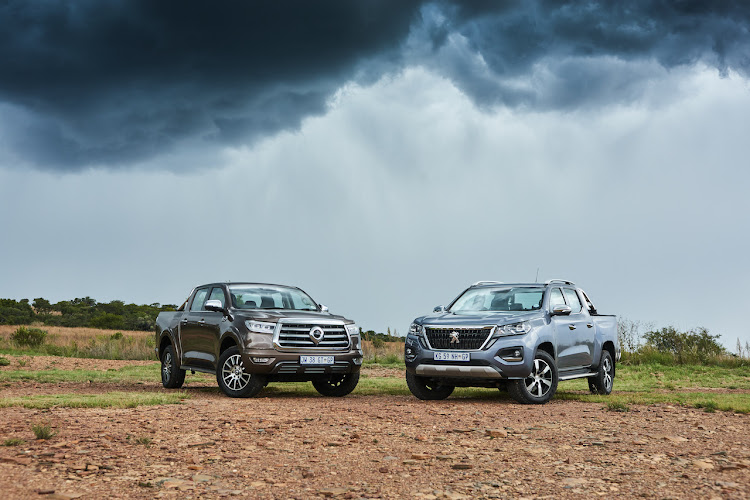 A storm brews over the GWM P-Series and Peugeot Landtrek
Image: Waldo Swiegers

The mere existence of these two contenders marks a triumph for the manufacturers concerned. Showing up is half the battle won, as the saying goes. It takes guts to play in a space as brutal as that of the double-cab pick-up market in SA.

Attempting to make in-roads here is no easy feat, with rivals that require no introduction. Said rivals also benefit from dealer networks established over decades. Being locally-manufactured means it is easy to achieve competitive pricing. Of course, that is in addition to the strong sense of patriotism that comes with driving a bakkie built in Prospecton, Silverton or Gqeberha.

The duo doing battle today hail from the far east. Great Wall Motors (GWM) manufactures the P-Series in China (Baoding) and Thailand (Rayong). You may not have known the Peugeot Landtrek is a Chinese product too. It shares an identity with the Changan Kaicene F70 as the two were jointly-developed.

What we have here is a meeting of left-field alternatives to usual stalwarts in the leisure double-cab market.

The GWM P-Series, launched in December 2020, managed to establish a steady rapport with buyers and is a fairly ubiquitous sight in certain parts of the country. It has played an important role in helping the company (including the Haval division) climb the ranks of the monthly new vehicle sales charts.

Peugeot released the Landtrek nearly a year later in November 2021. The company took the opportunity to remind us of its heritage in the pick-up space. This was a very long time ago, however. The task of having to endear itself to discerning shoppers in the category is unenviable. 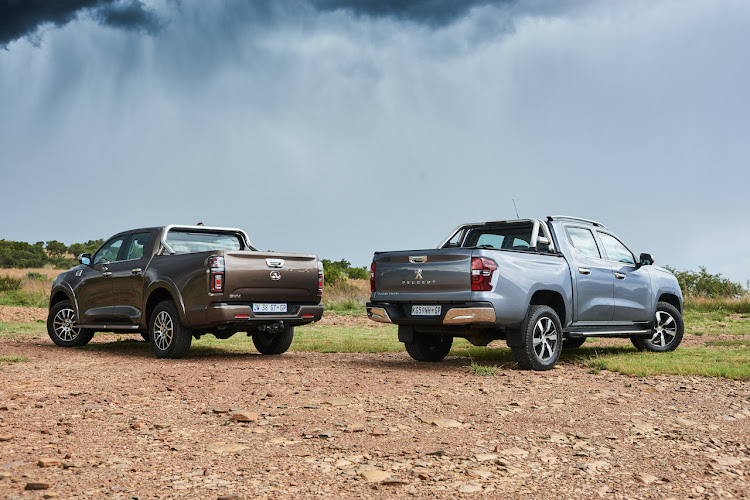 With its oversized chrome grille, massive circular emblem and slanted gaze, the P-Series owns a formidable game face. Many have described the overall stylistic execution as derivative of large American pick-up trucks. It is an approach that works rather well for this GWM, earning stares of admiration from fellow road users.

People stared at the Peugeot too, largely for the novelty of seeing the iconic lion logo on a vehicle of this nature. Against the GWM, it has a demure character, erring on the nondescript side. If the badges were blocked, you would never immediately associate it with stunners like the 2008 crossover, for example.

Thankfully, the Peugeot DNA is very much evident in the design of the cabin. Cues like the piano-key switchgear panel and compact, square-edged steering wheel show kinship with the passenger cars line-up. But there are giveaways to the Changan origins.

Certain buttons (and fonts) have an unfamiliar look and feel. There are flimsy elements to be noted, hard plastics and a truly awful infotainment system. It is a 10-inch touchscreen unit lacking in user-friendliness: the layout is confusing and it does not respond to inputs as crisply as one would want. Some aspects are downright silly. When the 360º camera display is engaged, the volume adjustment becomes inactive.

Our P-Series test unit had more than 20,000km on the odometer. Apart from a slight sheen on the seat and steering wheel, courtesy of media butts and hands, it still looked tidy, with only a good detailing required to bring back that new lustre. That certainly augurs well for sentiments around durability of fit and finish.

There is no denying the GWM is the plusher of the two. Its seating position is more car-like, the materials are of superior quality, with supple leatherette and panels with a richly-textured veneer. Yes, there are some parts that feel a little cheaper than one would like, but for the price the ambience is more than acceptable. It has a nine-inch touchscreen, with Mandarin subtitles that cannot be switched off. A charming nod to its nationality? The system, while easier to use and with a clearer display than the Peugeot Landtrek unit, is not as sorted as the SYNC3 system in a Ford Ranger, for comparison. 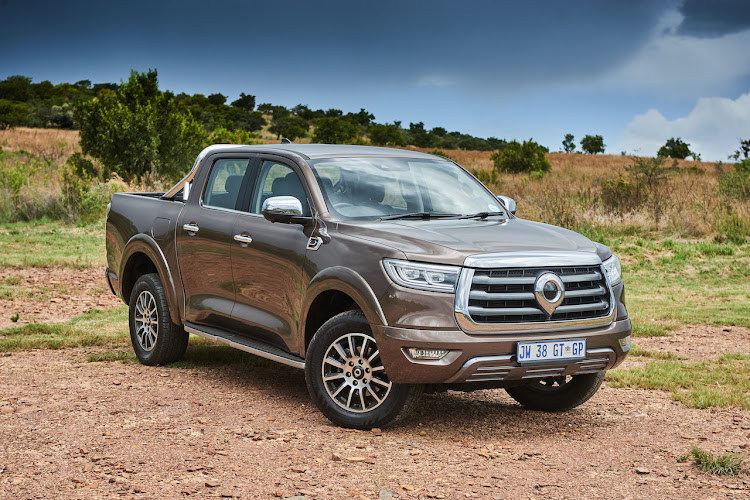 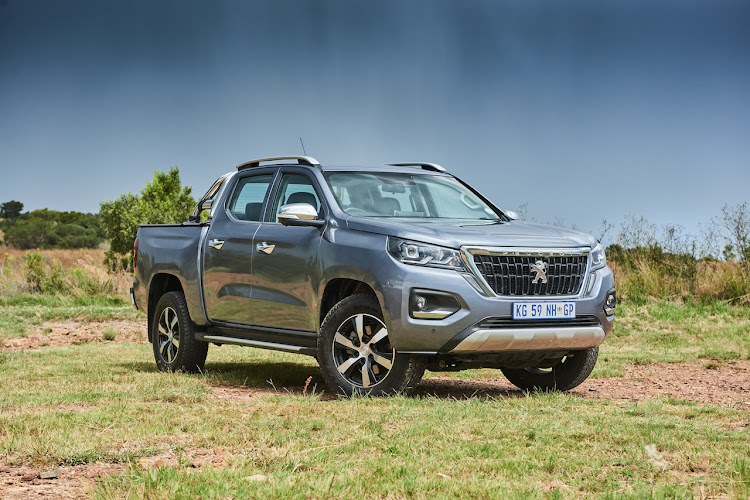 The Landtrek is powered by a 1,910cc unit, delivering 110kW and 350Nm, paired with a six-speed automatic transmission. It is an agricultural motor with a clattery sound and coarse feel. The 0-100km/h sprint takes about 15.85 seconds (on paper) and in the real world it certainly feels as lethargic as this quoted time suggests. It weighs 2,095kg.

A decent amount of effort is required to turn the heavily-weighted, hydraulically-assisted power steering. The Landtrek is not especially manoeuvrable in town conditions. Its turning circle of 14.1m is not what you would call great. A double-wishbone suspension is employed at the front axle, with leaf springs at the back. Ride quality is firm. Not as jittery as the Mazda BT-50 (which is regarded by many seasoned testers as the worst-riding new double-cab in the country), but not as plush as a coil-sprung Nissan Navara.

Unbraked and braked towing capacities are 750kg and 3,000kg respectively. It has a 29º approach angle, 27º departure angle and a maximum slope angle of 42º. Ground clearance is 235mm. The Landtrek had no issues negotiating obstacles at the ADA outdoor facility in Hartbeespoort, North West, but not without a fair amount of jostling as the hard suspension worked the terrain. Fuel consumption by the end of our week-long test was 9.8l/100km.

In contrast, the GWM is a lot more forgiving, offering greater levels of comfort. It is an easier ride, with a notably softer state of tune, though it also makes use of leaf springs at the rear. The electrically-assisted power steering requires less input effort and there appears to be greater use of insulation materials. It weighs 2,100kg.

Power from its 2.0-litre engine is rated at 120kW, with a 400Nm torque figure. Aiding the fluidity of proceedings is an eight-speed automatic transmission, which quite literally transforms the P-Series (it is quite a slouch in manual guise). Its semi-autonomous driving systems elevate its stock in the category. On the road, the lane-keep assistance function uses gentle steering interventions, while adaptive cruise control is also part of the deal. The sensation of feeling the steering move in the palms, of its own volition, is quite interesting. Impressive that it boasts such technologies, which are usually the preserve of high-end models from premium marques.

While the 0-100km/h sprint time is only fractionally better than that of the Peugeot (15.1 seconds), the transmission of the GWM operates more slickly, lending the impression of more fluid progress. It has a slightly smaller turning circle (13.1m). Its unbraked and braked towing capacities are 750kg and 2,250kg respectively – the latter considerably less than what the Landtrek offers. Approach angle is 29º, departure angle is 25º, ground clearance is 227mm, maximum slope angle is 40º. Our average consumption achieved was 9.9l/100km. 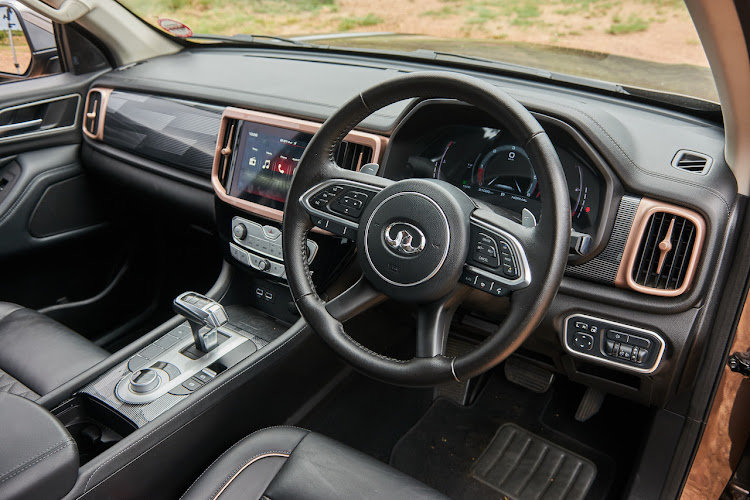 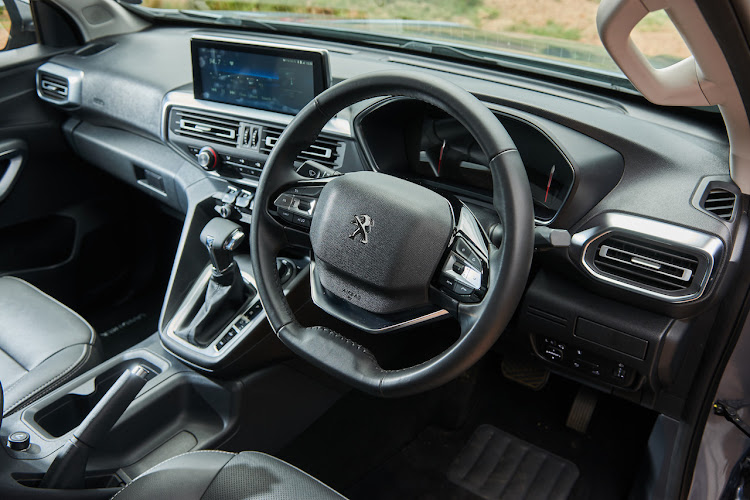 These vehicles are generously equipped. On the safety front, the Peugeot has six airbags (front, side and curtain) while the GWM throws in a seventh central airbag. Naturally both vehicles have anti-lock brakes, electronic brake-force distribution, traction control, stability control and ISOFIX anchorage points. Tyre pressure monitoring is standard in both. As mentioned earlier, the GWM is set apart by its inclusion of semi-autonomous driving technology. It also boasts traffic sign recognition, as well as automatic emergency braking.

On the comfort and convenience front, they both offer climate control, handy 360º camera systems, leatherette upholstery, cruise control (adaptive in the GWM), keyless-entry and start, interfaces that support Android Auto and Apple Car Play and navigation systems. But the GWM has voice control, heated seats, wireless smartphone charging, items the Peugeot goes without. 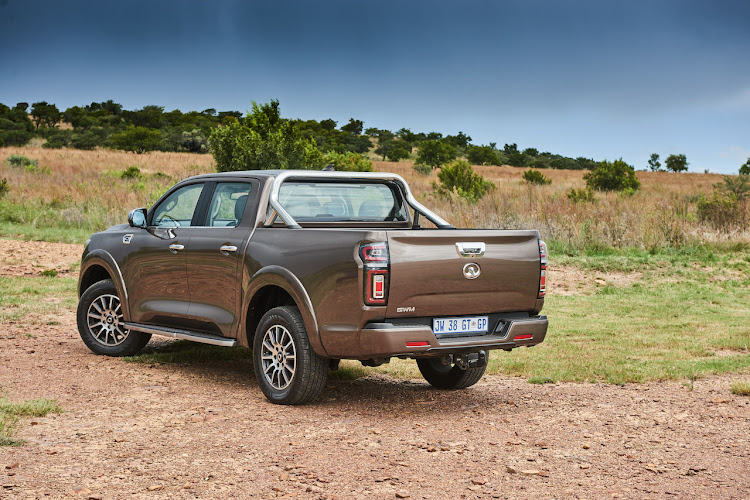 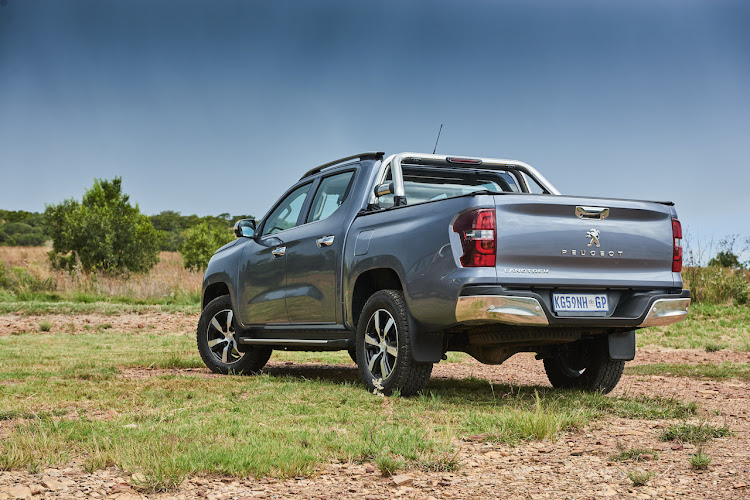 We had to check and triple-check to make sure our eyes were not deceiving us when looking at the price of the top-tier GWM P-Series. For the amount paid, the buyer receives a considerable amount of gadgetry, respectable off-road ability, decent road manners and perceived build quality that is by no means substandard. The Peugeot costs almost R80,000 more, yet it lacks features the GWM has standard, in addition to falling short in areas such as refinement and comfort. Some comparisons are close, and some yield unequivocal winners. This is one of the latter scenarios.