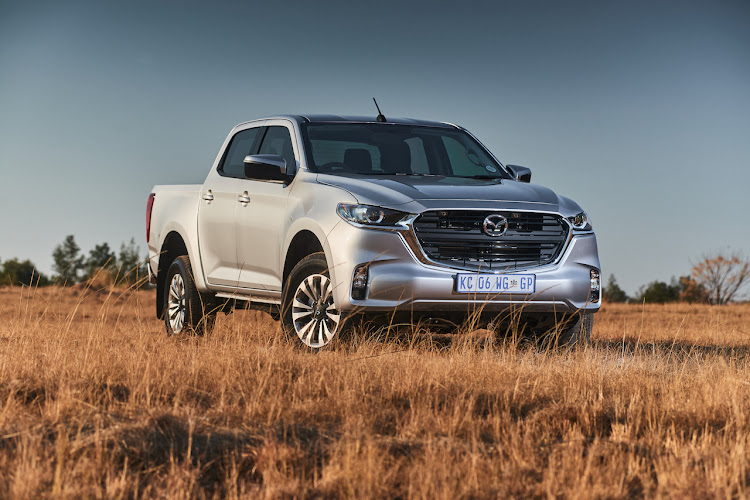 The double-cab bakkie. Once a utilitarian breed with passenger occupancy as an afterthought, the genre has achieved mainstream appeal in the South African market, beyond a commercial niche.

Many people opt for a pick-up instead of a sport-utility vehicle, with the likes of Toyota’s Hilux, Ford’s Ranger and Volkswagen’s Amarok becoming status symbols for many middle-class, suburban families.

Mazda’s new BT-50 is set to take on the establishment, with a foundation based on the upcoming new Isuzu D-Max, set to be assembled locally and released in 2022. After years of being a Ford clone with lacklustre sales, can the new BT-50 finally succeed where its predecessor didn’t? It’s built in Thailand – and Mazda says there are no plans for production on home soil.

The model we have on test is the base version in the line-up: the 1.9 Active 4x2 with a six-speed manual gearbox. Looks wise, it sticks with Mazda’s latest design philosophy and most people would see it as an attractive, modern bakkie. 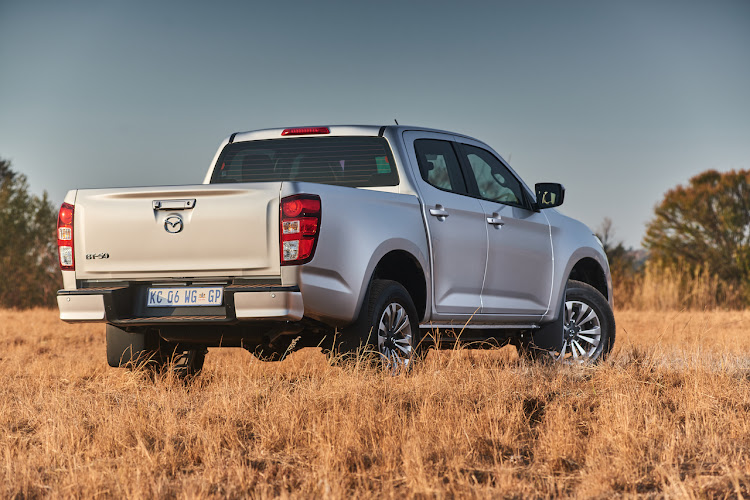 The ride quality of the new BT-50 is disappointedly harsh.
Image: Waldo Swiegers

The interior is definitely a step up from bakkies of old. The modern dashboard is clad in soft touch materials and features a seven-inch touchscreen in the centre, offering access to the infotainment system’s suite of features.

Android Auto and Apple Car Play are standard as well. Oddly, the screen features the same frame as the nine-inch screen one gets in the pricier trim levels. This leaves an exceptionally large bezel, putting one in mind of early colour screen mobile phones from the 2000s.

The cloth seats are comfortable and there aren’t any rattles or squeaks to speak of. A manual air-conditioner keeps the cabin cool. An oddity is the lack of a fuel range indicator on the on-board computer. Remote keyless-entry is said to be a standard feature on all new BT-50s, but the test vehicle’s key did not have this feature, or it did not work.

The 1.9-litre, turbocharged-diesel engine produces 110kW and 350Nm. It is a pretty basic engine, making little attempt to hide its clattery persona. The manual gearbox has a long-throw shifter that seems rather out of place in the leisure-focused market this bakkie is aimed at, where most people would prefer the automatic gearbox variant. First gear is incredibly short, and I often found myself pulling away in second gear.

The combination of the small capacity diesel engine and manual gearbox means that town driving is quite a labour-intensive process. It takes some stirring of the lever to keep the engine on the boil, with prominent boost lag. Out on the highway, driving at the legal speed limit necessitates switching between fifth and sixth gears to overtake and get up steeper gradients. 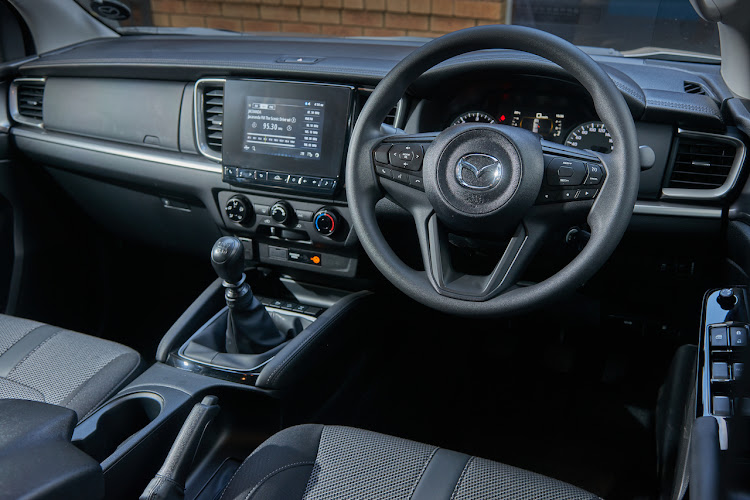 Standard cruise control does help on longer journeys, but don’t expect to leave it in sixth and sit back and relax. We averaged 9.3l/100km according to the on-board computer during the 650km stint we had with the BT-50, most of which was highway driving.

The single biggest gripe with the BT-50 is the ride comfort. This is an area where competitor bakkies have come such a long way in recent years, but it seems like the Mazda platform has not – we’re looking forward to experiencing the tuning of the Isuzu. It drives like a bakkie of old. The rear suspension has no give, making it bounce over the smallest undulations, which can often be quite jarring. For a workhorse bakkie on a farm or a mine, this does not matter. For a double-cab bakkie that has to drive to the office, shops and fetch the kids at school, it does.

And then we get to the price. This base model is listed at R611,900. To put that into perspective, a Ford Ranger 4x2 2.0 (single-turbocharger) double cab XLT with 10-speed automatic transmission is R611,300. Standard specification in the blue oval bakkie is superior in many aspects. Similarly, a Toyota Hilux 2.4 GD-6 4x4 Raider with a manual gearbox sells for R601,400.

“Identifies as more than a bakkie” is Mazda’s marketing kicker for the newcomer. But when you experience the product and weigh it up in relation to those direct competitors, it’s a tagline that simply doesn’t hold water.