All-new Mazda BT-50 is coming for the Amarok, Ranger and Hilux 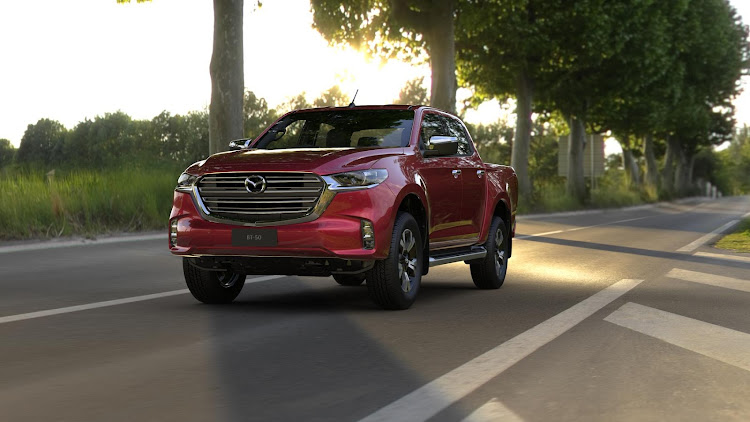 Mazda announced on Friday that its third-generation BT-50 will soon be available in SA.

New from the ground up, this rival to the Ford Ranger, VW Amarok and Toyota Hilux is cut from the same “Kodo – Soul of Motion” design language used to sculpt current Mazda SUVs such as the CX-30. Highlights up front include a large front grille, three-dimensional signature wing that extends out towards the side plus a set of narrow LED headlamps.

“We could not be prouder or more excited to launch the all-new BT-50 in southern Africa,” says Craig Roberts, MD of Mazda SA.

“The vehicle has a long history locally  and internationally. It has been reimagined and rebuilt from the ground up, with all the utilitarian value of a double-cab and all the comfort and technology expected of an SUV.” 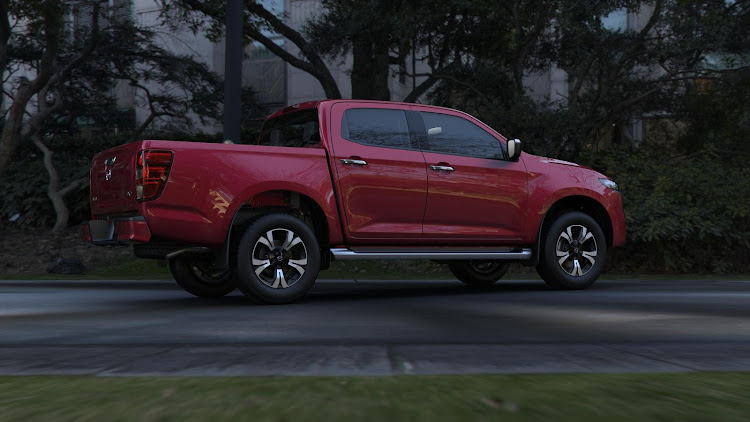 The BT-50 will be launched locally on July 15.
Image: Supplied

Climb inside the cabin and you will discover a generous array of features including a new generation MZD Connect Infotainment System paired to either a seven- or nine-inch touchscreen. Apple CarPlay and Android Auto is standard as is a handy reverse camera. Other niceties forming part of the BT-50 package come in the form of parking sensors, seven airbags, cruise control, trailer sway mitigation and hill descent control.

From launch the new BT-50 will be available in three derivatives: Active, Dynamic and Individual. The Active is powered by a newly developed 110kW/350Nm 1.9-litre four-cylinder turbodiesel engine that comes mated to either a six-speed manual or automatic transmission. The Dynamic and Individual models offer a beefier 140kW/450Nm 3.0-litre turbodiesel motor mated to a six-speed automatic gearbox. The Individual is available with the 4x4 drivetrain, whereas all other models are available with the 4x2 drivetrain.

Mazda will officially launch the new BT-50 range on July 15 via an online reveal. Pricing and final specification will be announced closer to that time.