WATCH | From the street to overseas — Makhadzi does it again! 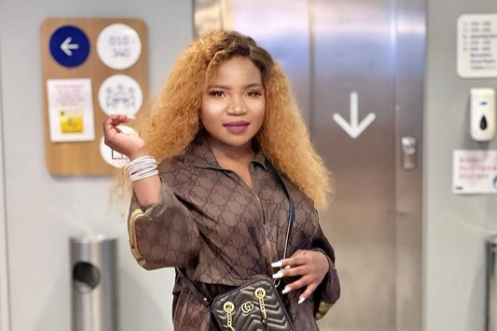 Limpopo-born star Makhadzi is on a mission to take over the world.
Image: Instagram/ Makhadzi

Ndivhudzannyi Ralivhona, popularly known as Makhadzi, is beaming with pride after a successful show in the UK after wrapping up her Canadian tour.

The Limpopo-born star took to her timeline sharing footage from the event, revealing that she fill the venue to capacity.

“Dear God, thank you for my gift, thank you for taking my music from the street to overseas. I managed to fill up the venue in the UK. I didn't know what to do, but I believe that when you say yes, nobody can say no.”

Uncle Waffles also sold out a show while on her European summer tour in London for a day party on Sunday.

“London is always a vibe! Another sold out show thank you,” she wrote.

The event organisers confirmed to TshisaLIVE that the show was sold out, but could not disclose the numbers, with a waiting list of more than 1000 people who didn’t get tickets.

London is always a vibe!! Another sold out show thank you 🥺🇬🇧❤️🥹 pic.twitter.com/UtR8MNtI7X

Speaking to TshisaLIVE, Thato Tlhankana, popularly know as Kai, from Kreative Korner, said he did not need to clarify the validity of the rate card.

“I don't think we need to clarify anything. Personally, I don't want to say anything about that.”

Kreative Corner said the widely circulated rate card doing the rounds on social media does not come from their company.