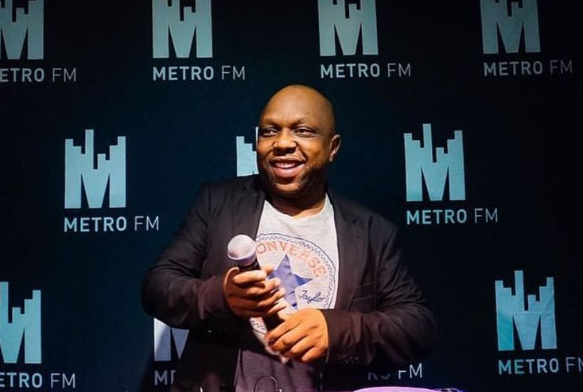 It's the end of the road for Mpho Modise, popularly known as Mo G, after he was fired from Metro FM.

The radio presenter and DJ occupied the Monday to Thursday 9pm to midnight slot hosting the Let's Talk About It talk and music show.

According to a statement shared with TshisaLIVE, Mo G was axed due to a "material breach of contract".

“The SABC has parted ways with Mr Mpho Modise, also known as Mo G. This follows the termination of his contract  due to a material breach of contract."

Metro FM business manager Kina Nhlengethwa said: “Metro FM will communicate in due course who will take over the show and a big thank you to the team that has held the fort during this period.”

Mo G, who has worked on Highveld Stereo, Radio 2000 and Kaya959, has been mum about the matter.

Attempts by TshisaLIVE to get comment from him were unsuccessful at the time of publishing this article. An update will be included once received.

A statement shared with TshisaLIVE confirmed the news.

“Kaya959 is proud to welcome Dineo Ranaka and Sol Phenduka to the station’s growing family. The move is in line with the continuous repositioning the station has embarked on since 2021."