I decided to give up on suicide after God saved my life three times, says fitness star 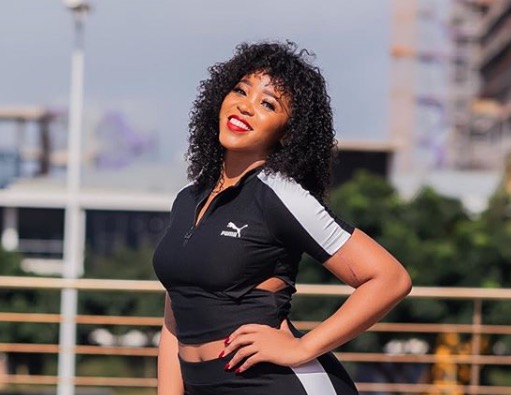 Sbahle Mpisane on how she experienced depression and tried to take her own life after her tragic car accident.
Image: Instagram/Sbahle Mpisane

Sbahle Mpisane has opened up about going through depression and her failed attempts to take her own life.

The fitness guru and TV personality spent several months in ICU after her car reportedly burst into flames after she lost control of it on Margaret Mncadi Avenue in Durban during the early hours of August 9 2018.

Taking to her Instagram stories recently, the fitness bunny said the first time she attempted to take her life was while she was hospitalised after her car accident.

In the post, Sbahle wrote all about her second attempt, which she said was “well planned” but failed. She said she woke up four days after the attempt and vowed to God not to do it again because by then He had saved her life three times.

“I’ve been freeing myself by communicating my worries with friends. I find more relaxation by seeing my family more and skin renewal has been a cherry on top,” she wrote.

Sbahle, who has been wearing a moon boot since her accident, explained that the damage to her ankle had affected her the most.

“The thought of having no ankle bone or a promising future has never sat well with me and it still doesn’t. I don’t plan to commit suicide, my therapist has been helpful and my psychologist has placed me under medication.

“I know I have a lot to be grateful for but when emotions kick in we all become weak. I am still weak, I still don’t understand my survivals but maybe there’s a purpose for it all.” 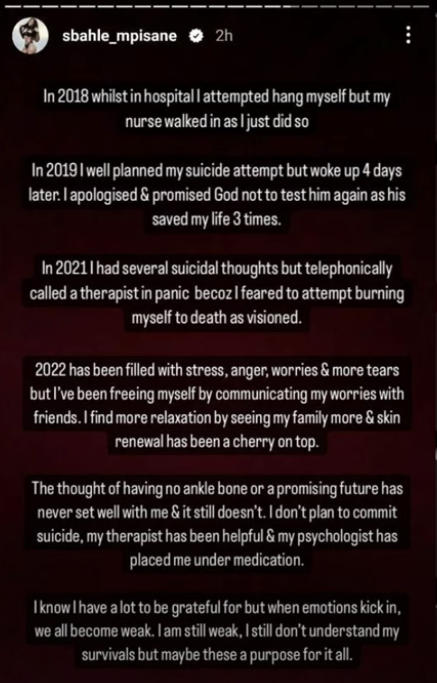 Sbahle took to her Instagram saying that her decision to speak up about her experiences was not to get pity from the public but to advise them to try to live beyond their suicidal thoughts.

“Depression is not controllable but treatable. I survived from it and it still creeps in but I continue to live happy.” she wrote.

“Voicing myself out doesn’t mean I’m chasing relevancy or expect the next person to feel sorry for me. I know I’m not the only one who goes through such traumas but advise you to not play it stupidly like me.” 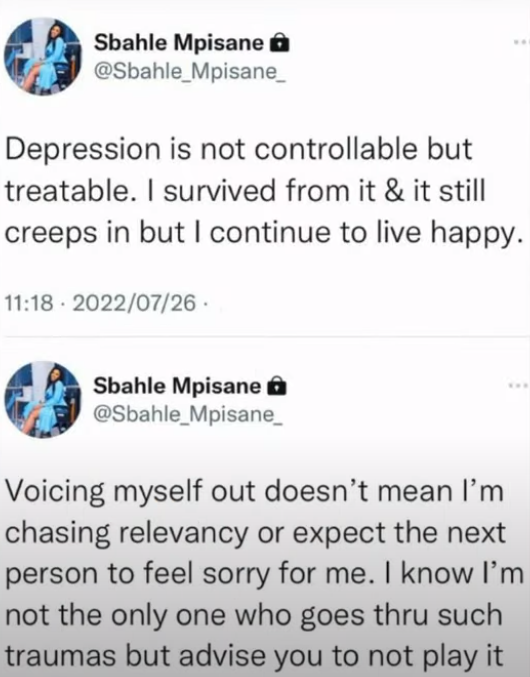