‘Something is missing with this new season’ 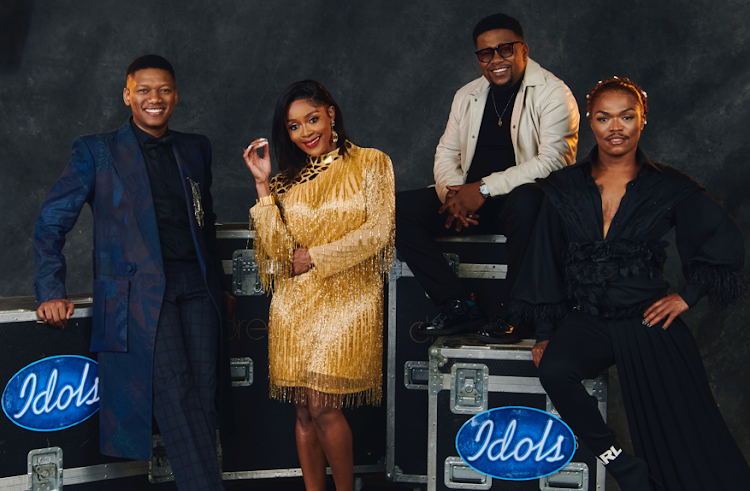 The new season of 'Idols' aired on Sunday.
Image: Supplied.

The first episode of Idols SA aired on Sunday and some fans couldn't help but be nostalgic as they missed the presence of former judges Randall Abrahams and Unathi Nkayi.

Twitter was abuzz with some tweeps expressing how they wished the old judges were on the show, while others were over the moon that Somizi Mhlongo was “back where he belonged”.

“The removal of Sis Unathi has made me lose more interest in Idols. Count me out. Not watching,” said one tweep

There was one judge fans remembered from the past season, and despite attempts by “cancel culture leaders", Somizi and his unique humour seems to be the only thing saving the new format.

See some tweets below:

The removal of Sis Unathi on Idols has made me to lose more interest on idols. Idols must just come me out !!, Not watching

I miss Unathi n Randall.
Poor Somizi was so bored.
What a boring show!#IdolsSA pic.twitter.com/NNOsWZKPUg

Something is missing with this new season of #IdolsSA, ha ena that thing.

I don't miss Unathi and Rendall, but I missed somgaga #IdolsSA pic.twitter.com/g7p0zuRHRF

#IdolsSA Guys @somizi Somgaga is back where he belongs 💃💃💃I'll enjoy this season for sure💃💃💃 pic.twitter.com/7SFu0S0QG2

The exits of the oldest contributor to the judging panel, Randall, and co-judge Unathi came after Somizi left the show in 2021 following abuse allegations levelled against him by his estranged husband.

The pair exited the show in February after it was announced at the show it was taking a fresh approach to the judging panel later revealed to  be Thembi Seete, JR Bogopa and Somizi.

Taking to Instagram when she was announced as a judge, Thembi said she couldn't believe she would be in one of Mzansi's most envied chairs.

“It feels like a dream. It's as if someone woke me up and said, 'don't worry, you had a wild imagination'.”

Unathi and Randall have moved on to other projects. Unathi joined Star 91.9 FM.

In a statement shared with TshisaLIVE, Unathi expressed how she was anticipating venturing into a new radio format as she joins the community radio station.

Randall was appointed as new CEO of Primedia Broadcasting.

Abrahams said: “I am pleased to return to a swiftly evolving broadcast landscape and I'm very excited to join the Primedia Group."