“A sincere thank you to everyone that tunes in and watches the show.” 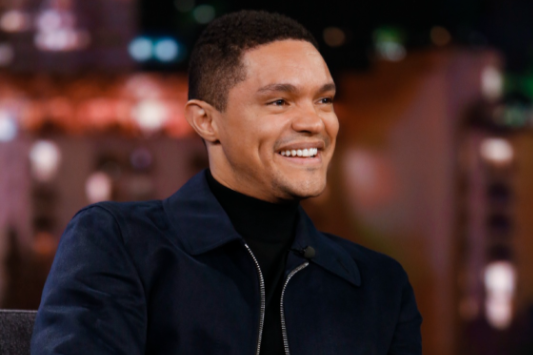 Trevor Noah’s 'The Daily Show' has been nominated in seven categories of the Emmy awards.
Image: Getty Images

Trevor Noah's The Daily Show has bagged a whopping seven Emmy nominations and the star is speechless.

He continues to fly the SA flag high internationally and has repeatedly made Mzansi proud as a two-time Grammy awards host.

Taking to his social media pages the comedian shared a clip of himself celebrating with balloons at the studio.

“When @thedailyshow gets nominated for 7 Emmys!!! Just wow!! Thank you for the incredible honour @televisionacad!  And a big congrats to @thedailyshow team and to Chris McCarthy and the whole Viacom / Comedy Central fam! I told you we work well together,” he wrote.

The show has been nominated in the following categories:

Trevor took over from The Daily Show host Jon Stewart in 2015. When he started, the SA-born comedian said there were high expectations and he was told not to fail.

“I remember South Africans saying to me: 'Hey, man, if you fail, we all look bad. They’re never going to give any African any type of big TV show again. So don’t mess this up'.”

Trevor recently hosted the 64th Annual Grammy Awards ceremony where internationally-acclaimed DJ Black Coffee made history by bagging the award for the best dance/electronic music album for his album Subconsciously.

Honored to be nominated by the @TelevisionAcad for SEVEN #Emmys!