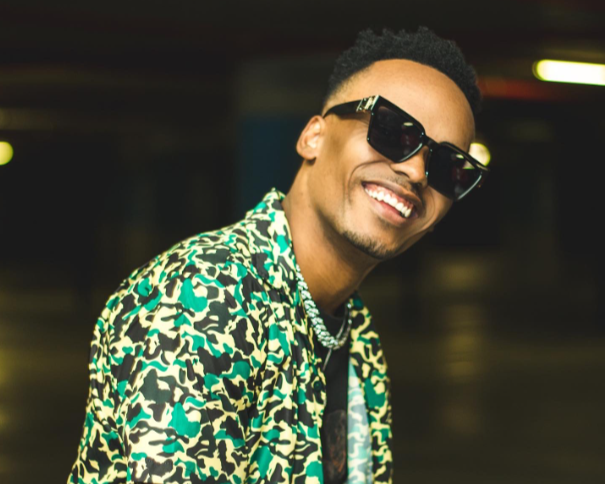 The rapper and choreographer passed away in the early hours on Sunday.
Image: Twitter/ Tumi Tladi

The family of hip-hop artist and choreographer Tumi Tladi have asked for privacy while they mourn the untimely passing of their son.

They revealed Tumi, 30, passed away in Johannesburg on Sunday morning.

Tributes poured in for the Basadi hit maker on Twitter after unconfirmed reports he had passed away.

The family confirmed his sudden passing in a statement shared with TshisaLIVE by Tutone Communications.

"Known by his stage name Tumi Tladi, he was deeply loved by his family, friends and the entertainment industry as a whole.”

The family requested they be afforded time to wrap their heads around the his passing.

“The Tladi family humbly request privacy during their period of grieving and ask that you please keep them in your prayers.”

Twitter was flooded with messages about the kind of person the rapper was. His star power was beginning to finally pick up and he was well on his way to stardom.

“We had so many plans but I guess the higher power had different plans for you. Tumi Tladi was such a genuine bro. The lights were already on him. Things were moving for him. He was ready to own those stages,” he tweeted.

Some remembered the rapper side of the star while others shared their memories of him as a choreographer.

“Most people know Tumi Tladi from his hit song Basadi. Some knew  him when he was a choreographer. He was impeccable and all his routines would leave me pissed caused they were hard and very stressful. He would push you because he believed everyone has greatness,” wrote one tweep

Details of the funeral will be confirmed at a later stage.

Most people know Tumi Tladi from his hit song "BASADI" some of us know him when he was a choreographer. He was impeccable and all his routines would leave me pissed caused they were hard and very stressful. He would push you because he believed everyone has greatness.💔 pic.twitter.com/8RIrBVLXh9

Tumi Tladi was such a genuine bro.

The lights were already on him…Things were moving for him…He was ready to own those stages. 😢

RIP to the young King, Tumi Tladi. 🙏🏾 Death be not proud.

I really am heartbroken to hear that Tumi Tladi is gone. He was an enigma. A truly lovely human that shared his light with us. Sending love to anyone that loved him x

Still one of my fave tracks by Tumi Tladi. MHSRIP 🕊🥺 pic.twitter.com/hywGaqc0wu

Rest in Peace my boy. 💜 pic.twitter.com/mny240Ax7b

💔Tumi Tladi, one of the realest…we’d say, our first encounter was like we had known one another for ages..Thanks for letting us in to your own space & embracing our product.
Rest in Power Tumi Tladi..Rest in Power dawg…🕊✌️ pic.twitter.com/Fy49mSfBQW

I couple of years ago, I was given the opportunity to interview Tumi Tladi on Alex FM when I was doing the breakfast show .I've followed his journey&he was achieving all his dreams. The last time I saw him was Cotton Fest&I told him how proud I am if him.🕊❤🕯🙏🏿#RIPTumiTladi pic.twitter.com/I2WLTFTcru