The inspo behind the outfits? Here's how celebs jazzed up for Durban July 2022 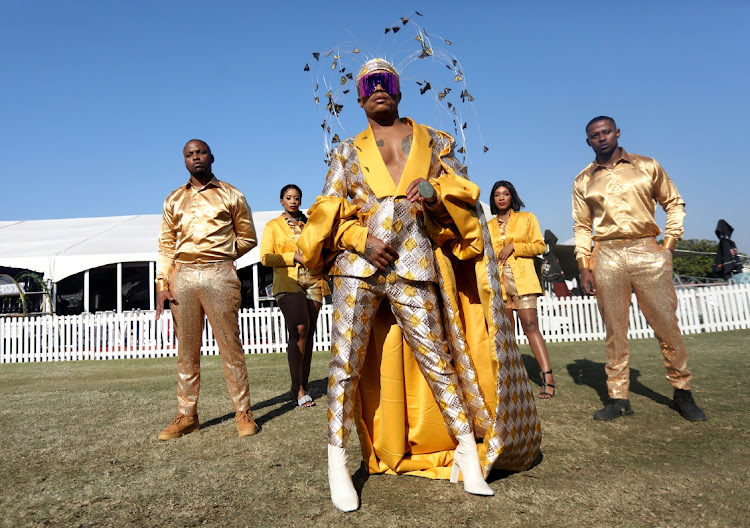 One of the most anticipated events on the social calendar took place on Saturday and Mzansi celebs rubbed shoulders with the cream of the crop of showbiz while they brought their dresses and tuxes out for Durban July that was put on pause for two years.

This year's event was themed “show me the honey”.

The country’s most spectacular horse racing event, the Hollywoodbets Durban July is where fashion meets music and lifestyle and what a way to kick start and keep the momentum of red carpets going.

Speaking to TshisaLIVE on the race day, rapper and media personality Boitumelo said she felt like she was the theme, she lived and dripped honey.

“I felt honey, the new queen is in town. I felt like that is a representation of lavishness of beauty, of glam and royalty and honey looks like gold so I felt like I was just representing the fact that I was wearing honey. Like it's on my skin and it kind of looks honeyish so I was inspired by the idea of honey being very royal gold and beautiful and glamorous.

“It's been a long while but I'm grateful that we are able to return to whatever normal is there for us to step back into. Obviously since the pandemic nothing will ever be the same ever again but I'm glad that we are able to tap into glimpses of what is normal for us and not being restricted by the rules of post Covid-19,” said the media personality.

Presenter and businesswoman Minnie Dlamini talking about her look, said she wanted to go back to the old-school style and channel how the women of past fashion eras used to dress up for the horse races.

“I really wanted to go back to the old-school, classic race looks, [my outfit] is inspired by how ladies used to dress for the races ... Hence the fascinator hat ... I really wanted to look royal, regal and classy and of course, keeping with the theme, I included a subtle flower print.”

Media personality Lasizwe Dambuza, who was dressed by Lindani Styling, had different outfit changes throughout the day. Speaking to TshisaLIVE, he said he was starting to get the hang of his recent looks that he has been spotted rocking.

“I love this monochrome look that we are going for. The designer is able to tap into a side of me that I've never tapped into before. I'm really loving how I feel and how I look and what I'm exuding.

For Miss SA 2010 Bokang Montajne-Tshabalala it was all about the drama.

“I just said I wanted something that said drama and I also wanted the colour black because I still wanted it to be sophisticated and elegant. I really didn't want to go bright. I asked for something that's really big and loose at the bottom so you don't know whether I'm wearing heels or sneakers.”

Here are some 'fits that left the social media streets in a mess.