“I'll cherish these moments as long as I live” 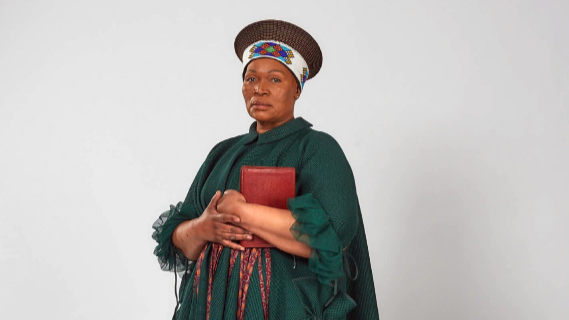 Actress Deli Malinga has got nothing but gratitude when she sees and hears her name mentioned all over Mzansi because of her character on UMkhokha.

Taking to Instagram, she shared a clip where she was praised for her performance in the series.

“Thank you SA. Today I'm on the map, recognised, mentioned among the giants, gaining so much respect in the industry and beyond because of you. I'll cherish these moments as long as I live. What I did kuMkhokha changed my life forever. Viewers at home *I am bcoz of you!* when God touched you ngoMkhokha, appreciating my craft you were taking me to another level.”

Though she has been in the industry for two decades, Deli got her first leading role playing Mamzobe on Mzansi Magic's drama series Umkhokha that premiered early in 2021.

Speaking to TshisaLIVE last year, Deli said this role was the perfect fit for her to showcase her range as an actress. She said there had been times when playing the villainous role had challenged her emotionally.

“When I was called again to reshoot the response towards my daughter being hanged and my daughter wasn't there at all, I had to bring back the emotions. It was emotionally draining. I dug deep, very deep, to some of the most painful things I had to experience, like losing my mother at the age of 20. Every time I think about it, it gets me emotional.”

Deli was nominated in the Dstv MVCA's in the category of favourite actress that was scooped by Gomora Sannah Mchunu.

The seasoned actress took to Instagram to thank her fans after the awards ceremony last Saturday at the Sun Arena, Pretoria.

“Thanks to everyone who supported my craft, my career from day one, people who voted for me in this category, God bless you. I'll keep working hard, improving where need be. I love you so much, to me being nominated means a win already. I scored a lead in a drama series for the first time and boom came a nominee. I was super excited, my name was among the giants of this industry. I know I didn't win the award, but thank you for the recognition.”