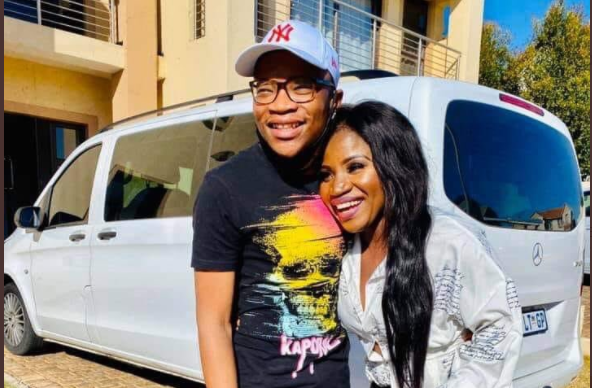 Master KG celebrates Makhadzi as she turns 26.
Image: Via Twitter

Master KG penned a birthday message for his girlfriend Makhadzi when she turned 26 on Thursday.

The Limpopo-born star took to his social media timeline to celebrate the multi platinum award-winning singer, sharing a picture of her surprise birthday dinner at Mall of Africa Kream with close friends and family.

“Birthday ya Imama,” he captioned the post with red heart emojis.

Celebrities spotted at the intimate celebration included actress Innocent Sadiki and actor Clement Moasa, and they shared moments from the event and of Makhadzi dancing, singing and being brought to tears while having a good time.

See some shots below: 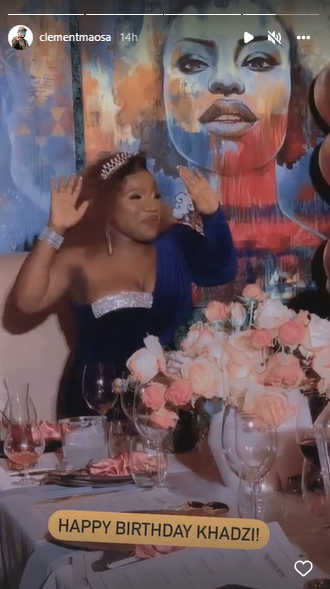 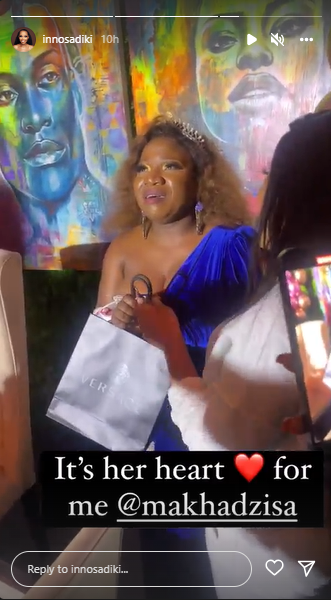 Makhadzi has had a lot to celebrate as she ventures into a new chapter.

The singer recently walked away with two accolades at the 2022 DStv Mzansi Viewers’ Choice Awards. She won Favourite Music Artist or Group and Song of the Year for her hit Ghanama  featuring Prince Benza.

She has also stacked up 13 platinum plaques for the success of her music.

The Limpopo-born star took to her Instagram to say she was amazed and overwhelmed by emotion by the achievements.

“13 plaques. I am in tears right now. All thanks to my fans for always making sure everything I touch turns to platinum,” she wrote.